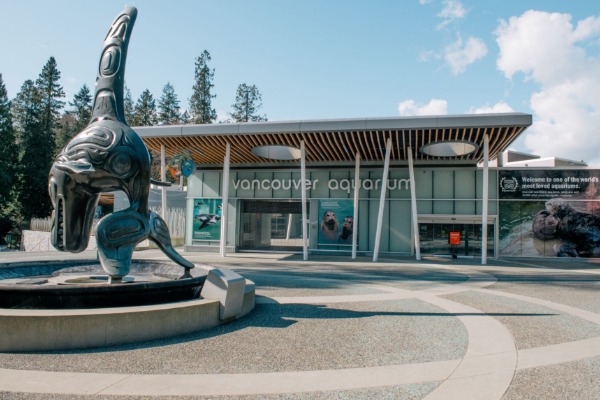 Ocean Wise has announced that it is pausing its public programming at the Vancouver Aquarium due to COVID-19.

In announcing the decision, Ocean Wise said: “In response to one of the most financially challenging times in the Vancouver Aquarium’s 64-year history – including an almost 80% decline in ticket sales and visitor restrictions expected to continue well into next year – Ocean Wise’s Board of Directors has taken the proactive decision to pause public programming at the Vancouver Aquarium.”

Instead, the statement says it will “focus on transforming to a new model that is both financially viable in light of the pandemic and also accelerates Ocean Wise’s mission of ocean conservation.”

And it continues: “After Sept. 7, and until further notice, all public programming at the Vancouver Aquarium will be paused. During this time, animals at the Aquarium will continue to receive world-class care from a team of 75 specialized staff, including biologists, animal care experts, and on-site veterinary team.”

However, the pause in public programming at the Vancouver Aquarium will result in the loss of 209 full-time, part-time and casual positions, primarily among operational staff at the Aquarium.

Christian Baxter, board chair of Ocean Wise, said: “We are committed to getting the Aquarium back on solid financial footing so that we can continue to build on its legacy and tackle the most pressing ocean conservation challenges of our time, including climate change, pollution, and overfishing.”

Baxter continued: “Staff reductions were an incredibly difficult decision and one we truly hoped to avoid.”

Following a three-month closure at the start of the pandemic, the Vancouver Aquarium reopened in June to harsh economic realities. While the Aquarium succeeded in operating in a COVID-safe way this summer, and providing a great experience to visitors, restrictions on allowable visitor numbers meant the Aquarium was not able to cover operating costs, which exceed $1 million a month.

In response to this challenge, Ocean Wise’s Board of Directors and senior leadership team will be embarking on a strategic planning process and are committed to engaging with key stakeholders throughout this transition to ensure it is done thoughtfully, deliberately, and leaves the organization best positioned for the future.

Lasse Gustavsson, president and CEO of Ocean Wise, said that: “Under these difficult circumstances, transforming the Aquarium is the most responsible thing we can do.”

Gustavsson said that: “It is because of support from our members, donors, volunteers, staff, program partners, and government that we were able to avoid bankruptcy and take this important step to rebuild and come back even better.”

And Ocean Wise’s president and CEO added: “Since its founding in 1956, the Vancouver Aquarium has always been a leader. We intend to be a leader again now in confronting this challenge head on.”