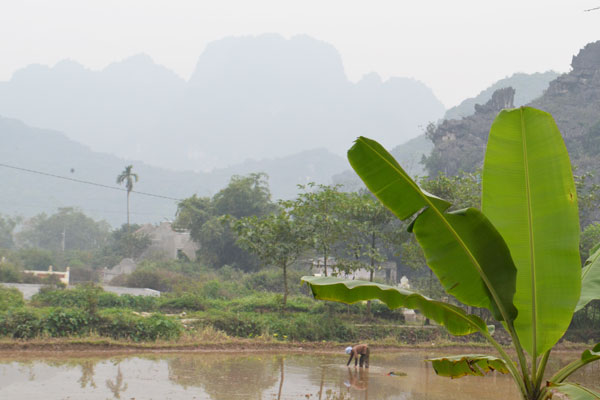 Three days of intense destination selling and information gathering wound up last week in Vietnam at the 38th annual ASEAN Tourism Forum (ATF), reports Press Today’s Ted Davis, who was in attendance at the show. The ATF was held in Ha Long City – the gateway to scenic Ha Long Bay.

About 1,500 delegates descended on the new Quang Ninh Exhibition of Planning and Expo Center (QNEPEC), most of whom participated in the Travex travel trade mart as destination seller reps and B-to-B travel product buyers.

The sellers set up shop from the 10 member countries of ASEAN, including Brunei, Cambodia, Indonesia, Lao PDR, Malaysia, Myanmar, Philippines, Singapore, Thailand and Vietnam. As the host nation, Vietnam had a strong roster of 70 product suppliers, representing attractions, tours, cruises, airlines and more.

Afterwards (and before as well) buyers and members of the international media took part in a selection of fam tours. A total of 15 pre- and post-ATF tours were staged over four days to destinations like Ha Long Bay, Hai Phong City, Yen Tu Mountain and Ninh Binh.Vietnam tourism officials presented a host of tourism updates to the assembled members of the press.

There was plenty to discuss, especially as Vietnam – and Ha Long in particular – are in the midst of a tourism boom.For example, the total tourism arrivals to Vietnam were 15.5 million in 2017, up from just 8 million in 2011. Arrivals are projected to reach 18 million in the next two years.

Meanwhile, hotels, resorts and condo hotels are rapidly filling the skyline in Ha Long City, and the streets are dotted with construction sites. The number of rooms has grown by 152% over 10 years.

A majority of this growth is being driven by investments from China, and Vietnam’s main tourism source market is China, plus South Korea. About 80% of the tourism growth can be traced to these two countries. New air services from Korea are helping to fuel this growth, while many Chinese simply drive across the border that China shares with Vietnam.

Rice field scenery in the Ninh Binh region of Vietnam