Viking Looks To The Stars 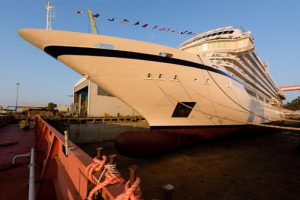 Viking is looking to the stars with the announcement that American chemist, emergency room physician and recently retired NASA astronaut Dr. Anna Fisher will be honoured as godmother of its fifth ocean ship, Viking Orion, which will debut in July 2018.

The new ship was named after the prominent constellation and in honour of Dr. Fisher’s contributions to NASA’s Orion exploration vehicle project.

The 930-guest Viking Orion reached a major construction milestone last week, when the ship met water for the first time during a “float out” ceremony at Fincantieri’s Ancona shipyard. Dr. Fisher attended the Sept. 28 ceremony and assisted with several maritime traditions.

Viking Orion will spend its maiden year sailing itineraries in the Mediterranean, before making its way to Asia, Australia and then Alaska. 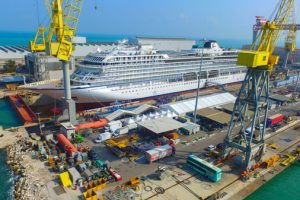 “Vikings were the original long-distance explorers and the first to use the stars and constellations as a way to navigate uncharted territory,” said Torstein Hagen, chairman of Viking.

Hagen continued: “The spirit of exploration is at the heart of everything we do, and so I am especially proud that an astronaut will be honoured as godmother to our new ship. Dr. Fisher is a past Viking guest, a fellow scientist and a true explorer. As one of the first women in space, she has inspired generations of curious minds, and I look forward to welcoming guests onboard Viking Orion to learn more about her impressive career in space exploration.”

Viking Orion highlights include: All Veranda Staterooms; Explorer Suites; two pool choices, including a first-of-its-kind glass-backed Infinity Pool cantilevered off the stern; LivNordic Spa; Explorers’ Lounge and Mamsen’s gourmet deli; and The Wintergarden, an elegant space under a canopy of Scandinavian trellised wood where guests can indulge in afternoon tea service.

Sail on over to http://www.vikingcruises.com for further details.