Home › Destinations › VisitBritain Finds The Passions For Why We Travel

VisitBritain Finds The Passions For Why We Travel 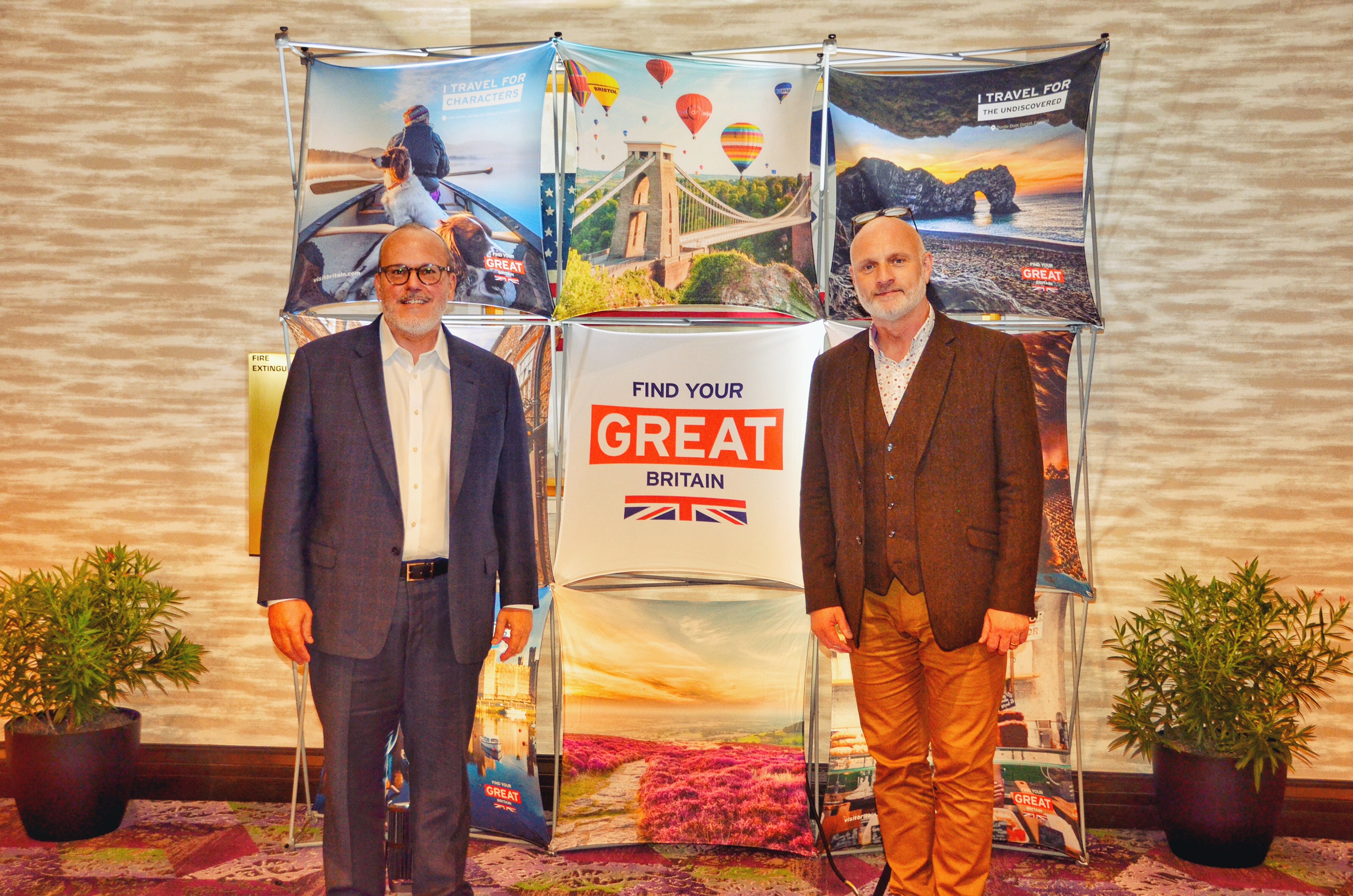 With buzz of a Royal baby coinciding with the event, the 2018 Destination Britain North America show got underway this week in Austin, Texas.

Featuring more than 150 buyers, suppliers and media, including a Canadian contingency, the conference aims to increase travel to Britain through one-on-one meetings as well as seminars on topics like food tourism and insight into today’s travellers, reports Press Today’s Ann Ruppenstein, who’s attending the show.

A major strategy for VisitBritain is the new articulation of its brand, “I Travel For,” which focuses on the passion for places, people and experiences that can be found in the destination.

“Essentially what I Travel For does is instead of being destination based marketing, where you’re talking about go to London, go to Birmingham, go to Oxfordshire, we’re not saying that, we’re switching it, we’re saying let’s look at the passions that cause people to travel, and match those passions to the traveller,” says Gavin Landry, Regional Director for the Americas at VisitBritain. “That’s what I Travel For is all about, I travel for local flavour, I travel for characters, I travel for the undiscovered.”

Travel to Britain is booming, with a 15% increase in visitor volume noted from the US and Canada, and arrivals already on pace to hit 2020 targets this year.

Landry told PressToday the Canadian market is key to the destination, which represented 835,000 visits in 2017, as they stay longer and travel more broadly than Americans.

“Canada is a key market for us. I did the math and one out of 45 Canadians travelled to Britain last year whereas one out of 90 something Americans travelled to Britain,” he says. “We’re capturing a really good share of Canadian travellers. We find Canadians are willing to go further and deeper into the country, they’re also willing to drive, in many cases they’re visiting friends and relatives and that takes them to places outside of London. The market is really intrepid and we like that about them.”

As for agents, he says becoming certified in the BritAgent specialist program gives them a lot of credibility.

“If you have the badge that says you’re a Britain specialist next to your name, that then brings a credibility that then relates to business,” he says. “Folks will look at that and say I trust that person.”

Meanwhile, Sheelagh Wylie, the first Chief Marketing Officer for the Americas for VisitBritain, says the majority of Canadian travellers stem from Ontario and BC, followed by Alberta and Quebec.

“We see in Canada it’s very important for us to partner with the trade because they already know who is travelling,” she says. “By adding more options outside of London, but also these passion points to follow, if they’re into houses and gardens and castles and the great outdoors, if we have more product we’re going to see more visitation.”

Stay tuned for more in an upcoming edition of Canadian Travel Press.

Pictured at the show are Gavin Landry, Regional Director for the Americas, Visit Britain and Andrew Stokes, Director England for VisitEngland.