Wanderu Partners With VIA Rail 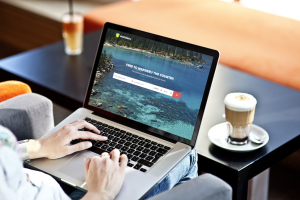 Wanderu, a ground travel search platform in North America, has signed a partnership with VIA Rail, allowing users to book VIA tickets to and from more than 340 locations across Alberta, British Columbia, Manitoba, New Brunswick, Nova Scotia, Ontario, Quebec and Saskatchewan.

As a result of the partnership, Wanderu now offers ground travel tickets to the majority of Canada, including popular destinations such as Halifax, Ottawa, Quebec and Winnipeg, as well as additional travel options to major Canadian cities that were already a part of the Wanderu network like Montreal, Toronto and Vancouver.

“VIA Rail travels daily to hundreds of destinations that no other carrier serves and that allows us to provide Wanderu users with many new opportunities to explore North America,” said Polina Raygorodskaya, CEO and co-founder of Wanderu. “More importantly, people from as far as California and Mexico can now easily travel to the northern parts of the US and all these places in Canada using Wanderu thanks to our unique routing technology that combines various bus and train travel options to build the most convenient and affordable travel itinerary in case there aren’t any direct trips available from point A to point B.”

VIA Rail is the second train travel provider that Wanderu has integrated into its search engine in the past year, along Amtrak.