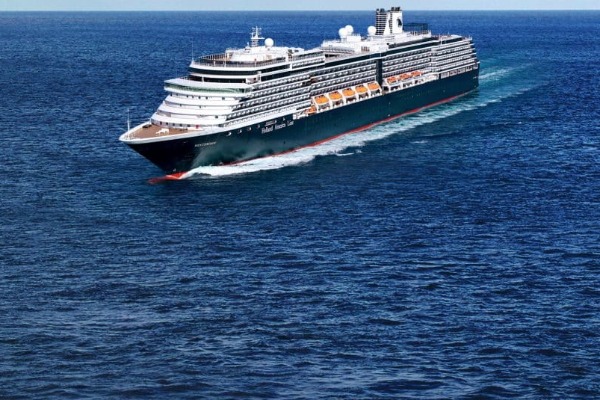 Holland America Line (HAL) issued a statement yesterday recognizing the help it received from governments around the world in reaching a positive resolution of the Westerdam geopolitical health situation.

The cruise company praised the Trump administration for its instrumental role in coordinating with the Cambodian government to enable the ship to access the Port of Sihanoukville to disembark guests.

The cruise line advised that, “After being denied entry to several countries, Holland America Line’s Westerdam is scheduled to begin disembarking guests at the Port of Sihanoukville, Cambodia, the morning of Feb. 14 [today] thanks to the efforts of a coalition of governments that came to the aid of the cruise line. President Trump and his State Department and National Security Council teams worked closely with Cambodian officials and were instrumental in Westerdam gaining access to the port.”

Holland America also said in its statement that, “Out of an abundance of caution, 20 guests and crew who visited the medical centre during this cruise were screened for coronavirus. All results came back negative from the Pasteur Laboratory in Phnom Penh and the results were announced by the Cambodian Health Ministry [on Feb. 13].”

It noted that the Westerdam departed Hong Kong, China, Feb. 1 on a 14-day cruise and was originally scheduled to call at ports in the Philippines, Taiwan, Japan and South Korea, but was denied entry following an outbreak of novel coronavirus [COVID-19] in mainland China, which quickly spread to other countries.

Despite not having any known cases of coronavirus [COVID-19] on board, Westerdam was denied entry to several countries to end the cruise and allow guests to return home. Separately, they were not able to call at Manila, the Philippines, on Feb. 3 due to a new policy prohibiting any ship with guests that had passed through China, Macau or Hong Kong in the prior 14 days.

Kruse continued: “We are pleased with the successful resolution of this challenging journey that was complicated by unfounded fears stemming from erroneous information with respect to the medical condition of Westerdam’s guests and crew. This has all been a terrible and unfortunate misunderstanding that has impacted 2,257 people on board and hundreds of others shoreside who have worked 24/7 to get our guests home.”

Holland America Line also received vital assistance from US embassies in several countries and the line’s flag state of The Netherlands in effectively working through diplomatic channels.

Said Kruse, “We also would like to extend our sincerest thanks to all of Westerdam’s guests, crew and their loved ones for their patience, support and positive attitude during this two-week ordeal. Our corporate teams around the world who worked tirelessly deserve recognition as well.”

Westerdam was carrying 1,455 guests and 802 crew. The cruise was previously scheduled to disembark Feb. 15 at Yokohama, Japan. Guests will now disembark in Sihanoukville over the next few days and transfer via charter flights to Phnom Penh for forward travel home.

Holland America Line is arranging and paying for all flights and guests have received a full refund of their cruise fare as well as a 100% future cruise credit.