WestJet Celebrates Return Of The 737 MAX 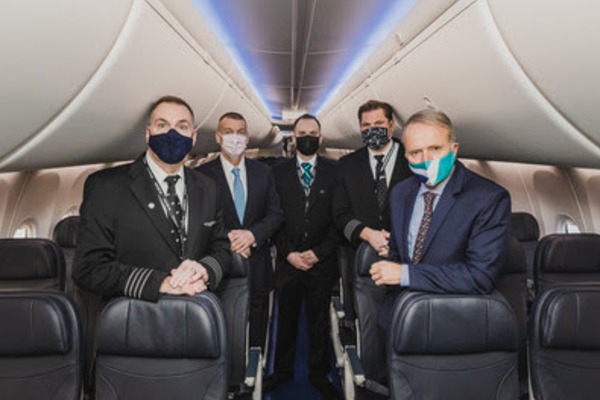 WestJet began reactivating its B737 MAX aircraft Thursday, demonstrating its confidence in the safety of planes that it and other carriers grounded over safety concerns in 2019 by having two, senior airline executives on board its first flight since idling the planes nearly two years ago.

A first B737 MAX flight flew from Calgary to Vancouver, while a second reversed the route. The first flight carried 71 passengers, among them Ed Sims, WestJet president and CEO, and Chris Burley, board chair of the airline.

An airline clearly eager to demonstrate its confidence in an aircraft that was grounded in this country following 2018 and 2019 crashes in Indonesia and Ethiopia that investigators blamed on software systems and which together killed 346 people reported that the Calgary-Vancouver flight also had Chris Rauenbusch, president, CUPE Local 4070 and a member of WestJet’s inflight team aboard a plane piloted by Capt. David Colquhoun, WestJet master executive council chair, Air Line Pilots Association (ALPA), and Capt. Scott Wilson, vice president WestJet Operations.

“The return of WestJet’s MAX aircraft to the fleet marks an operational milestone after 22 months of intense review. WestJet’s preparation, training processes, due diligence and safety above all philosophy drives our confidence in welcoming guests on board our MAX aircraft,” said Sims, whose airline has pledged to reintroduce its B737 MAXes to service in a “phased and transparent” manner. 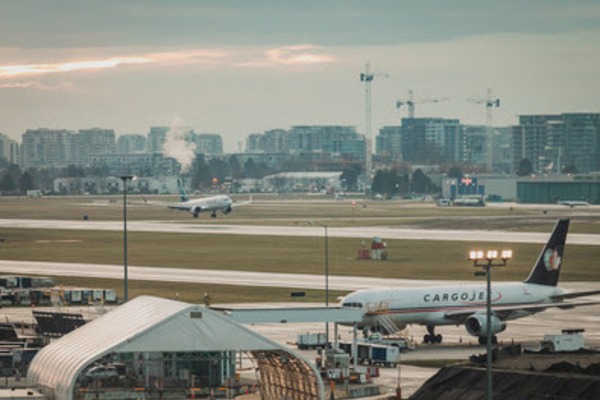 The airline — which became the fifth carrier to start returning the B737 MAX to service — plans to use them to next link Calgary and Toronto.

The B737 MAX was cleared to resume operation by Transport Canada last month, while November saw the U.S. Federal Aviation Administration give it the okay.

“We’re confident that with the changes they have mandated, in particular the deliberate, detailed and independent scrutiny applied by Transport Canada’s National Aircraft Certification team which prescribed additional requirements for pilot procedures and training,” Sims said.

Colquhoun declared he and his colleagues believe the B737 MAX is safe.

“For nearly two years, ALPA has been working tirelessly with Transport Canada, international regulators, and airline management on reviewing the MAX and the revised pilot training requirements needed to safely return this aircraft to service,” he said. “No one knows better than airline pilots what is needed to be adequately prepared and trained to manage the handling qualities of this renewed aircraft. Today, as we usher the safe return of the MAX in Canada, ALPA will continue to provide its expertise and voice of safety in future discussions.”

“I was proud to operate the MAX aircraft today on its first commercial flight since the Canadian skies reopened,” added Wilson. “I am confident with the changes made to the aircraft and our training procedures our MAX is one of the safest aircraft in the skies.”

Rauenbusch said WestJet employees are also confident that the plane is safe for travel. “CUPE Local 4070, the union representing WestJet cabin crew members, has full confidence in the return of the Boeing 737 MAX aircraft to the workplace of our membership. Union representatives participated in a full technical briefing at Boeing facilities in Seattle, Wash., and following further data from Transport Canada, Boeing and WestJet, the union is confident that this aircraft type is safe for our cabin crew and our guests.”

Nevertheless, WestJet is clearly aware that members of the travelling public may be at least initially leery of travelling on the B737 MAX because of its recent history.

The airline has created a “behind-the-scenes video” looking at the pilot and maintenance team efforts that “went into safely returning the aircraft to the skies.” Details can be found at www.westjet.com/maxinfo.

WestJet has also said the public will be able to learn where the plane is being used and pledged to be flexible when it comes to change and cancellation policies applying to the plane.

Air Canada plans to start reusing the B737 MAX next month.