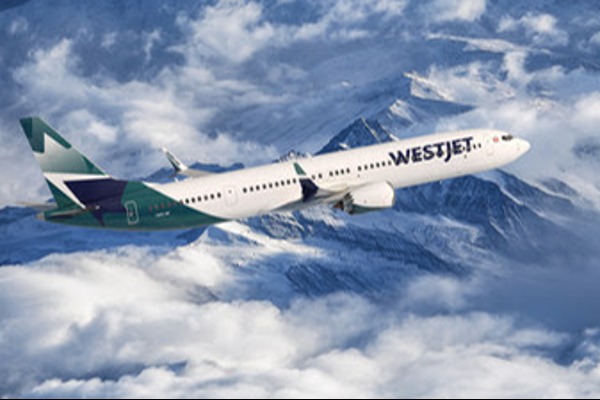 WestJet Group has signed a blockbuster deal with Boeing for the purchase of an additional 42 MAX aircraft, along with options for 22 more. The order is in addition to WestJet’s remaining 23 MAX orders and extends the airline’s fleet growth plans out to 2028.

The company’s Chief Executive Officer, Alexis von Hoensbroech said of the new agreement that: “With this additional order, the WestJet Group will accept delivery of no fewer than 65 aircraft in the next six years, at least 50 will be 737-10 aircraft, furthering our commitment to affordable travel options for Canadians and jobs for our company and the aerospace industry.”

He continued: “WestJet’s expansion plans are rooted in an enhanced presence in Western Canada and a growth strategy in eastern Canadian communities through increased transcontinental flights and more direct routes to sun and leisure destinations. This will be further strengthened once our Sunwing transaction has been approved.”

WestJet’s Board of Directors approved the order for state-of-the-art Boeing 737-10 aircraft, the largest model in Boeing’s MAX family. The 737-10 provides superior economic benefits to any other 737 aircraft in WestJet’s fleet, while ensuring simplicity through expected training commonality across the airline’s 737 fleet.

Stan Deal, President and CEO of Boeing Commercial Airplanes, pointed out that: “The 737-10 will provide WestJet with additional capacity and unrivalled efficiency as the airline further expands its network of destinations across Canada and internationally. WestJet understands the value of the 737 MAX family, with the 737-10 set to perfectly complement the outstanding capability and flexibility already afforded by the 737-8, along with improved sustainability across its fleet.”

As for von Hoensbroech, he noted that: “The 737-10 will be a game changer, with one of the lowest costs per seat among mid-range aircraft. This will foster our low-cost positioning and affordability for Canadians. In addition, with its lower fuel consumption and reduced emissions, the 737-10 will further improve the environmental footprint of our fleet.”

And he continued: “Thank you to our Board of Directors, who endorsed both the business and environmental merits of this agreement. It reflects our confidence in our business model and sustained market recovery, as we emerge from the pandemic being one of few airlines at scale that have not drawn any sector-specific government aid.”

The WestJet Group’s fleet, with an average age under 10 years, is among the youngest of established North American carriers.

WestJet has a current fleet size of approximately 170 aircraft across the WestJet Group, with 110 active 737s. WestJet announced its strategic path forward in June, with the 737 as a key pillar of long-term growth.