Home › Airlines › WestJet Makes It All About Agents

WestJet Makes It All About Agents

Retailers Turn Out In Force At Carrier's Mississauga Show 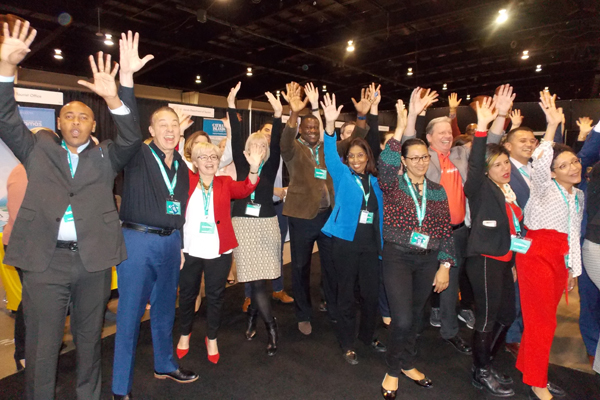 As close to 500 travel agents connected with some 60 suppliers at the WestJet Travel Trade Expo in Mississauga last night (April 17), PressToday (PT) had a chance to have a chat with the airline’s director, agency sales, Jane Clementino about the message she’d be delivering to agents during the evening.

Off the top, Clementino said she wanted to make sure that agents attending the event knew how important they are to WestJet and “reconfirm our commitment to them.”

She also told PT that the evening was “about our transformation and our journey going from a kind of a low cost carrier to an international network carrier and what does that look like,” observing: “we’re not 100% there yet, but we are close.”

Clementino also said the addition of its international business class service – what it will look like; what kind of travellers the carrier is looking to bring into the WestJet fold and how that makes the airline a challenger were also going to be on the evening’s agenda.

“We think the agent community is going to be excited about competition and we want to talk to them a little bit about what it looks like with deeper, but fewer, relationships with some of our airline partners. So we’ll talk about the Delta JV (joint venture) and its importance. We’ll talk about other JV’s that will be fast followers – so looking at Air France, KLM and Delta for transatlantic JV’s after this one which would really allow us to take on any competitor with that network. So that’s exciting.” 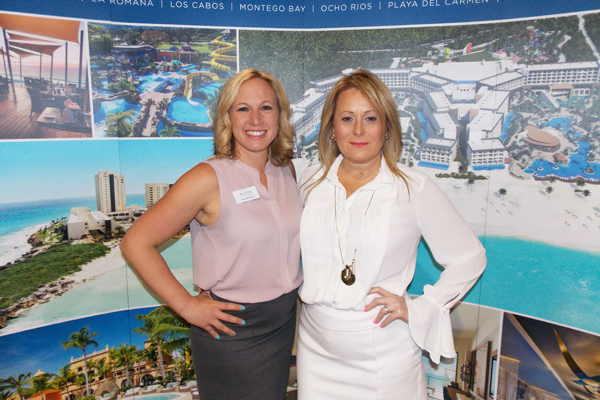 As well, Clementino said she’d be talking to agents about the three ‘E’s’ – enhance, expand, evolve – so people understand what that looks like. Expand, Enhance and Evolve and everything that we’ve been doing in the last 12 to 18 months is really related to that.

Enhance is about WestJet’s products and services, while expand is about the expansion of the carrier’s partnerships with Delta and other partnerships.

As for evolve, Clementino told PT that’s “about us being this international carrier and what does that look like, having both Road Warriors on our planes and what we call the Bucket List Achiever and those are obviously the type of travellers that want to travel more often and want to spend more money. And so we’re catering ourselves to those travellers which is a little different than what we did before because we kind of were one class of service, one brand, one type of plane – so you can see that transition and it’s kind of significant.”

But even as it evolves, Clementino said that WestJet isn’t moving away from it core of caring, noting that “the care is what we consider to be our secret sauce. We aren’t moving away from that. That’s how people know us and they feel like the WestJet factor is that interaction with people – people liking people and that’s what we’re going to continue to focus on.” 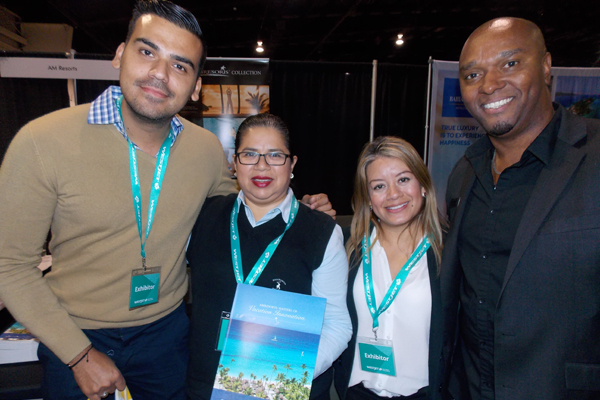 One Thing To Remember

Asked what’s the one thing that she wants agents to takeaway from last night’s show, Clementino said that it’s that: “WestJet is moving from being a teenage airline to being an adult airline but we’re not moving away from our core which is the human touch and care – that’s it.”

And Clementino added “I think we’ve gone through a lot of change and I think the agent community is just kind of wondering, you know, who is WestJet now. I just want to reassure the community – the agency community – that we’re the same and we’re going to continue to work with them to make things easier for them and to be more relevant in their world. We’re not shying away from compensation. We’re not shying away from any of that. So we’re looking to have them support us more, not less. So that’s really the main point.

Jane Clementino: On the cover of Travel Courier.

Suppliers were in a happy mood at WestJet’s Travel Trade Expo in Mississauga.