Home › Airlines › WestJet Takes Off From Winnipeg To Los Angeles

WestJet Takes Off From Winnipeg To Los Angeles 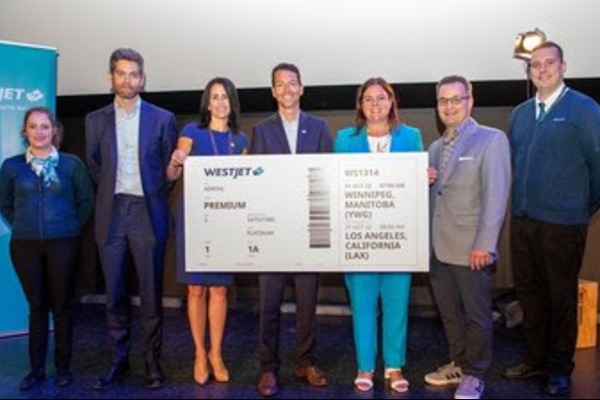 WestJet has announced the addition of service between Winnipeg and Los Angeles, beginning Oct. 31, 2022.

The route will operate three-times weekly on a year-round basis, strengthening ties and convenience in transportation between Winnipeg’s expanding television and film industry and Los Angeles.

John Weatherill, WestJet, Executive Vice-President and Chief Commercial Officer, said: “It was an honour to attend today’s celebration that is the result of the collaborative partnership between Winnipeg Airports Authority, Economic Development Winnipeg, the Government of Manitoba and WestJet.”

And he continued: “WestJet is thrilled to be a part of this investment creating a new, direct link for business, tourism and entertainment between these two unique cites, building on our commitment to Winnipeg.”

As the only airline providing direct connectivity between Winnipeg and Los Angeles, WestJet’s service between the two cities will stimulate business and leisure travel and is a testament to WestJet’s commitment to support investment and economic growth in the communities it serves.

This winter, WestJet will solidify its position as the leading airline in Winnipeg providing more non-stop routes than any other carrier. Further, the WestJet Group will increase capacity to and from Winnipeg by 80 per cent in comparison to 2021, serving 22 nonstop, direct routes and producing the largest year-over-year growth of any major airport in the group’s network.

Guests travelling beyond Los Angeles will have access to a broad network and benefits through WestJet’s strong relationship with Delta Air Lines.  This includes codeshare flights to 20 major U.S. cities, the ability to earn and redeem WestJet Rewards on both airlines, top tier frequent flyer benefits through the entire journey, and access to Delta’s LAX SkyClub lounge for eligible guests.