Home › Destinations › What’s Next For Cuba, US Tourism

What’s Next For Cuba, US Tourism

Many Wondering If Trump Will Fulfill His Election Promise 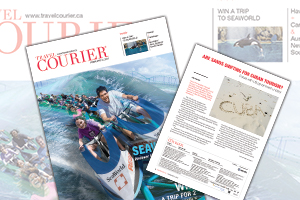 New US President Donald Trump’s campaign pledge to put the brakes on warming Cuba-United States relations is leading some to wonder if surging Cuban tourism is due for something of a slowdown, reports Ian Stalker in this week’s digital edition of Travel Courier.

The US election campaign saw Trump denounce the diplomatic rapprochement between his country and Cuba, which reportedly hosted 4 million visitors last year, an impressive 13% increase from 2015.

Cuba’s tourism ministry has credited improved relations with the United States as being “partially responsible” for last year’s record number of visitors.

The improved ties led to several American airlines, hotel companies and cruise lines announcing they would enter the Cuba market.

Observers of Cuba tourism say that completely unfettered American travel to the island could lead to a large jump in the number of people Cuba hosts, possibly leading to soaring hotel rates.

“In general, I see a stabilization and average modest growth every year of American tourists to Cuba, but definitely the growing rates will not be those expected by Cuban and American organizations involved in the travel trade with the island,” says Cuba native Oviel Falcon, who arrived in the country to oversee Melia Cuba’s Canadian operation and is now president of Vaughan, Ont.-based Travelbest Group.

Falcon says that even if Trump doesn’t specifically roll back any of his predecessor’s moves aimed at establishing normal ties between Cuba and the United States, “he is not really interested in easing them more than what they are now.”