Home › Airlines › What’s Next For The Travel Industry

What’s Next For The Travel Industry 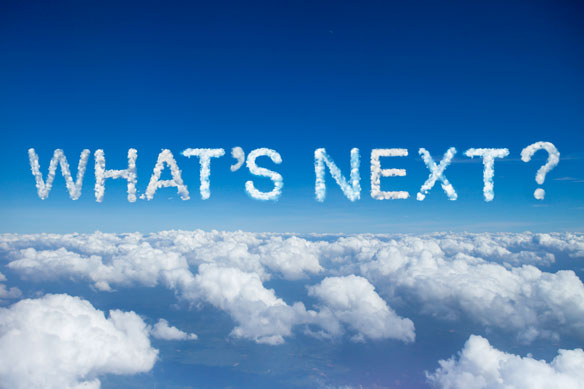 Yesterday was a busy day and the travel industry was the focus of a large part of the discussions.

Prime Minister Justin Trudeau continued to warn Canadians against any and all non-essential travel, reinforcing that message with a warning that new travel restrictions could be announced at any time.

Ontario Premier Doug Ford called for testing of all passengers on arrival in Canada and he also continued to demand a temporary ban on direct flights from countries where new variants of COVID-19 have been detected.

In Manitoba, Premier Brian Pallister announced that travellers coming into that province from other provinces will be required to quarantine for 14 days as of Jan. 29.

And the European Union raised concerns around the world with its proposal for an export transparency measure for vaccines.

Read on for the full story.

Ontario Premier Doug Ford was out at a Toronto’s Pearson International Airport today, where he continued to call for mandatory testing for all arriving travellers and a temporary ban of direct flights from countries where new variants of COVID-19 have been detected.

So far, as part of Ontario’s voluntary and free border testing pilot program at Pearson airport, over 6,800 international travellers have been tested for COVID-19. The program was implemented to help quickly identify and stop the spread of COVID-19 in the province.

Premier Ford observed that: “While we’ve made steady progress through this pilot program, thousands of people continue to pass through Pearson every week without being tested, creating a real risk to all Ontarians.”

And the Premier continued: “That’s why, in addition to pre-departure testing, we’re asking the federal government to adopt mandatory testing upon arrival for all international travellers and impose a temporary ban on flights coming from countries where new COVID-19 strains are being detected.”

And he added that: “Until vaccines are widely available, we all need to do our part to stop the spread of this virus and that means tighter controls at our border.”

The program began on Jan. 6 in partnership with the Greater Toronto Airports Authority, and saw Ontario offering COVID-19 testing at Pearson Airport for incoming international travellers who are staying in the province for at least 14 days.

Since its launch, over 6,800 tests have been collected. For those participants that have received confirmed results from an Ontario lab, 146 cases, or 2.26%, have tested positive.

Participants receive their results within 24 to 48 hours of completing the test. The pilot program is working to detect positive cases even with the federal pre-departure requirement for travellers bound to Canada.

Recent data shows that 1.8% of all COVID cases are related to international travel.

Ontario is further calling on the federal government to strengthen enforcement of quarantine measures, including exploring new approaches that have worked in other jurisdictions, such as isolation hotels, to ensure compliance with the 14-day minimum quarantine requirement for incoming travellers.

Christine Elliott, Deputy Premier and Minister of Health, said that: “Ontario’s border testing pilot program is helping us to trace and isolate COVID-19 cases early among travellers arriving in Ontario.”

And the Minister continued: “In the meantime, we are in continuous contact with our federal partners to advocate for further measures to stop the spread of COVID-19, protect our borders, and most importantly, the health and safety of Ontarians.”

The province confirmed its first COVID-19 UK variant case last month and it was due to international travel.

Banning flights with multiple stops in countries with a known variant should also be considered.

This ban would be consistent with the prudent measures announced by the United Kingdom and several other countries, and the restrictions would remain in place until more is known about these new variants.

Ontario Solicitor General Sylvia Jones pointed out that: “Airport testing is yet another tool we are using to help fight the spread of COVID-19, especially with several, more contagious variants coming from other countries.”

And she added: “We continue to urge all Ontarians to follow public health guidelines and stay home, stay safe, and save lives.”

During his morning COVID-19 update, Prime Minister Justin Trudeau unveiled what should be good news for the travel industry, announcing the launch of the Highly-Affected Sectors Credit Availability Program (HASCAP).

The Prime Minister explained that the government is partnering with Canada’s largest financial institutions to roll out HASCAP which has been designed for Canadian-based businesses that have been the hardest hit by the pandemic and which will allow them to receive low interest loans of up to $1 million.

He indicated that these are 100% government-backed loans and can be used for rent, utilities and to help with payroll.

Further details on HASCAP will be released later today (Jan 26), including how to access the new support program once applications open on Feb 1, 2021.

While the industry was waiting to learn if there would be further travel restrictions, the Prime Minister again told Canadians that now was not the time to travel, reviewing the strict measures the country already had in place.

However, he made it clear that the government won’t hesitate

As for additional travel restrictions, Prime Minister Trudeau spoke about the restrictions already in place, noting that they are some of the strongest in the world, but warned that an announcement on new measures would be coming soon.

When asked why an announcement on new travel restrictions was taking so long, the Prime Minister said that because Canada has some of the strongest measures in the world, it has be very careful about additional measures so as not to interrupt the essential supply chain/supply lines and create additional hardships for Canadians.

Manitoba Premier Brian Pallister said today that the province is amending public health orders in order to put formal restrictions on interprovincial travel to protect Manitobans from COVID-19 and to help prevent importation of possible variants from other jurisdictions.

In announcing the move, Premier Pallister said that: “Manitobans have worked incredibly hard over the last two months to flatten our COVID-19 curve, which has allowed us to take a cautious, measured approach to reopening some services in our province.”

Premier Pallister continued: “Out of an abundance of caution, we are implementing more formal travel restrictions to protect Manitobans from the risks of COVID-19 being introduced to us further by travel including any new COVID-19 strains from other jurisdictions.”

The public health orders will be amended on Jan. 29 to specify that anyone entering Manitoba from anywhere in Canada will be required to self-isolate for 14 days.

This includes those entering from northern and Western Canada, and from west of Terrace Bay in Ontario, which under previous health orders did not require self-isolation.

Current exemptions to self-isolation measures are still in effect including those traveling for essential interprovincial work and people travelling for medical purposes. There will also continue to be exemptions for people who regularly travel to and from communities near the borders for essential purposes.

Dr. Brent Roussin, Manitoba’s chief provincial public health officer, said: “Let me be clear – Manitobans should not be traveling, either internationally, inter-provincially or within our province except for essential reasons. This will help reduce the spread of COVID-19, including cases of new variants, which have been found in other provinces.”

Dr. Roussin pointed out that: “This revised order formalizes that measure and lays out clear requirements for Manitobans. We must all work together to observe these self-isolation requirements as well as other public health fundamentals, including physical distancing, frequent handwashing and mask wearing, to continue to keep our COVID-19 numbers at bay.”

Manitobans currently out-of-province will have until 11:59 p.m., Thurs., Jan. 28 to return to the province without being required to self-isolate. If they arrive after that time, they must self-isolate as appropriate on their return.

Failure to self-isolate in accordance with public health advice is a violation of the order and is enforceable under the Public Health Act. Individuals could be subject to fines for non-compliance. Go to www.gov.mb.ca/covid19/restartmb/prs/orders/index.html for more on Manitoba’s travel and self-isolation requirements

Unhappy with AstraZeneca’s plans for vaccine delivery, the EU is looking at imposing export controls on COVID-19 vaccines made in the bloc. Those controls could be in place in days.

European Commissioner for Health and Food Safety, Stella Kyriakides said in a statement:

But there is a problem on the supply side.

Last Friday, the company AstraZeneca surprisingly informed the Commission and the European Union Member States that it intends to supply considerably fewer doses in the coming weeks than agreed and announced.

This new schedule is not acceptable to the European Union.

That is why I wrote a letter to the company at the weekend in which I asked important and serious questions.

The European Union has pre-financed the development of the vaccine and the production and wants to see the return.

The European Union wants to know exactly which doses have been produced by AstraZeneca and where exactly so far and if or to whom they have been delivered.

These questions were also discussed today in the joint Steering Board of the Commission and the 27 Member States with AstraZeneca.

The answers of the company have not been satisfactory so far. That’s why a second meeting is scheduled for tonight.

The European Union wants the ordered and pre-financed doses to be delivered as soon as possible. And we want our contract to be fully fulfilled.

In addition, the Commission has today proposed to the 27 Member States in the Steering Board that an export transparency mechanism will be put in place as soon as possible.

The European Union has supported the rapid development and production of several vaccines against COVID-19 with a total of €2.7 billion.

We want clarity on transactions and full transparency concerning the export of vaccines from the EU.

In the future, all companies producing vaccines against COVID-19 in the EU will have to provide early notification whenever they want to export vaccines to third countries.

Humanitarian deliveries are of course not affected by this.

The European Union will take any action required to protect its citizens and rights.”

You can watch the video of Commissioner Kyriakides’ statement here: