Home › Destinations › ‘When Paris Glitters, All Of France Illuminates’

‘When Paris Glitters, All Of France Illuminates’ 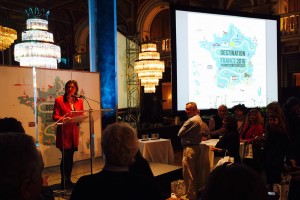 While November’s tragic events in Paris remain on everyone’s minds, French tourism officials are forging ahead and are optimistic that tourism to the City of Lights and the rest of France will return to the record numbers the European nation sees year after year.

“This year we would like to tell you how much we appreciated your solidarity during the tragic events of Nov. 13 in Paris. You have been very present with supporting messages, and we also felt your solidarity in the media,” said Tardy-Joubert.

“Of course, bookings went down a couple of weeks after the events [but] as you know, security measures have been strengthened and large events such as The Climate Conference (40,000 participants) or Milipol (24,000 participants) were held after the events. Life, as we know it, is back on track and Paris stays a magical city,” said Tardy-Joubert, noting that when “Paris glitters, all of France illuminates.”

France remains the world’s top tourism destination, hosting 84 million visitors in 2014, including 1 million from Canada. The French government’s goal is to reach 100 million visitors by 2020.

Among the upcoming major events taking place in France this year is Euro 2016 (European football championship) from June 10 to July 10. 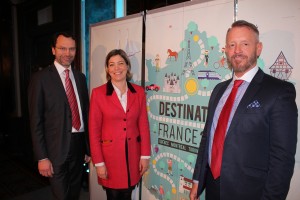