Home › Destinations › Where Are Canadians Heading?

Where Are Canadians Heading? 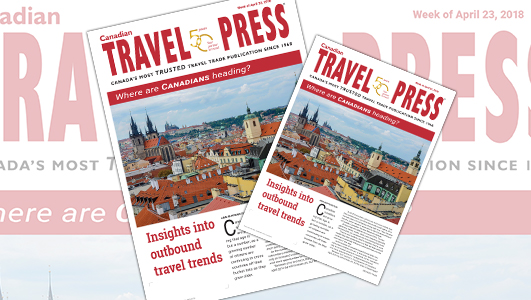 Canadian travellers are proving that age is but a number, as a growing number of citizens are continuing to cross countries off their bucket lists as they grow older, reports assistant editor, Ann Ruppenstein in this week’s digital edition of Canadian Travel Press.

“A lot of those older cohorts are a lot more mobile than their predecessors, so while historically travel tapers off in the later years, it’s still going strong right now,” says Jennifer Hendry, senior research associate for the Conference Board of Canada’s Canadian Tourism Research Institute.

During a keynote address at a recent SKAL Toronto gathering, Hendry noted while travel frequency typically declines after 74, Canadians are now bucking that trend.

“They’re now healthier, they’re wealthier, they’re more mobile than their predecessors so that has been and will continue to positively influence outbound travel over the short term,” she says.

As the number of Canadians aged 65 and older now outnumbers children who are 14 and under, there is not only an increased volume of snowbirds, but it’s resulted in a lot more opportunities for multi-generational travel.

“Between 2017 and 2021 the proportion of Canadians aged 55 to 64 will increase 4%, but the share of people aged 65 and older is expected to increase 15%,” she says. “And a lot of that is occurring in Ontario and Quebec, where the largest outbound markets reside.”

Another thing to note, is that beyond just heading south, there’s a notable growth in older travellers who are setting their sights overseas. Since 2000, snowbird trips to the US increased by 190%, whereas non-US destinations saw a growth of 553%.