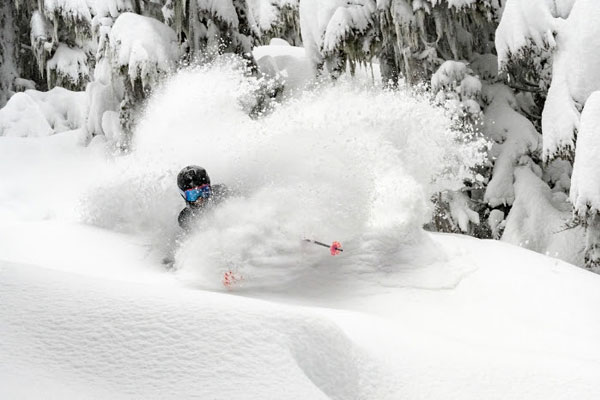 Skiers and snowboarders in Whistler, BC had more than one reason to celebrate as the New Year rolled in after Whistler Blackcomb announced a new snowfall record for the month of December.

A total of 384 cm fell over the course of the month, surpassing Whistler Blackcomb’s previous December snowfall record of 380 cm, set in 1994.

And the snow in Whistler hasn’t stopped falling since. Whistler Blackcomb has seen a total of 627 cm of snowfall so far this season and there is more snow in the forecast this week.

The ultimate big mountain experience is now available to skiers and snowboarders with all 8,171 acres of the resort now open. Whistler weather conditions along with on-mountain webcams and road advisories can be viewed on whistler.com/weather-cams.

Off the mountain, Whistler Village is a winter wonderland as the recent snowfall has created prime conditions for signature winter activities including sleigh rides, snow tubing, ice skating at Olympic plaza, as well as cross-country skiing and snowshoeing.

Whistler offers a non-stop lineup of events throughout the winter season. Guests can look forward to the Whistler Pride and Ski Festival this Jan. 20-27, along with a special appearance by Rogers Hometown Hockey Feb. 9-10, and finally the World Ski and Snowboard Festival April 10-14.