Home › Insurance › Why Take The Risk?

Why Take The Risk? 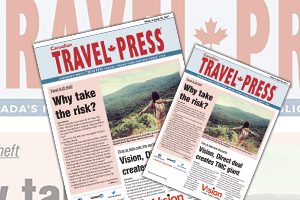 There’s a popular scene from the TV show The Office when Jim Halpert impersonates Dwight Schrute, leaving him to respond: “Identity theft is not a joke, Jim. Millions of families suffer every year!”

Turns out, that risk runs even higher for those travelling abroad, reports Ann Ruppenstein in this week’s digital edition of Canadian Travel Press.

“We know that international travellers, whether on business or leisure, are up to 2 to 4 times more likely to be victimized by identity theft,” says Paige Schaffer, President and COO of Generali Global Assistance’s Identity and Digital Protection Services Global Unit.

According to recent data from Javelin Research, the biggest risk occurs in Eastern Europe and South Asia, where travellers are on average more than two times as likely to have their identity stolen, with Latin America and Western Europe ranging between 1.5 and 1.7.

Some of the reasons travellers face a larger threat of identity theft include keeping sensitive information in one place, they frequent higher targeted locations like hotels, museums and attractions, and the increased usage of shared WiFi, which can be targeted to steal data from personal devices.

“Most people are impacted when they’re traveling, whether someone drops their boarding pass in a public garbage can and somebody pulls it out and gets scanned to not shredding your hotel card key that has all of the digital information on the strip. To using WiFi on an airplane or an airport lounge to stupidly speaking for myself, travelling back and forth to Paris quite a lot and I was pick pocketed and had everything in my wallet: cash, credit card, passport,” she says.