Home › Destinations › Will They Or Won’t They?

Will They Or Won’t They? 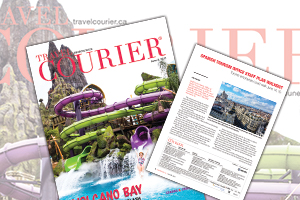 Staff at the Tourist Office of Spain’s Toronto office plan to hit the bricks June 14 and 15 and possibly after those dates to protest what they say is the “critical economic situation” they find themselves in, reports Ian Stalker in this week’s digital edition of Travel Courier.

The union representing the workers says their salaries have been frozen for almost a decade while others working abroad on behalf of the Spanish government, such as ambassadors, have seen salary hikes this year.

Tourist office staff in Argentina have already walked off the job and others in US cities that have Tourist Office of Spain offices are planning walkouts as well.

“I hope this is going to be resolved,” said Juan Carlos Munoz Sanchez, who’s been in the Toronto office over a decade and is the local union representative. “We want to keep working and have a good relationship with the tourist office. But we cannot continue with the pay cheques we have.”

If the walkout goes ahead, it’s not immediately clear who would be in the office June 14 and 15 undertaking tasks like answering phones. There are six union members in the Toronto office.

The tourist board’s director for Canada and an intern in the office don’t belong to the union.