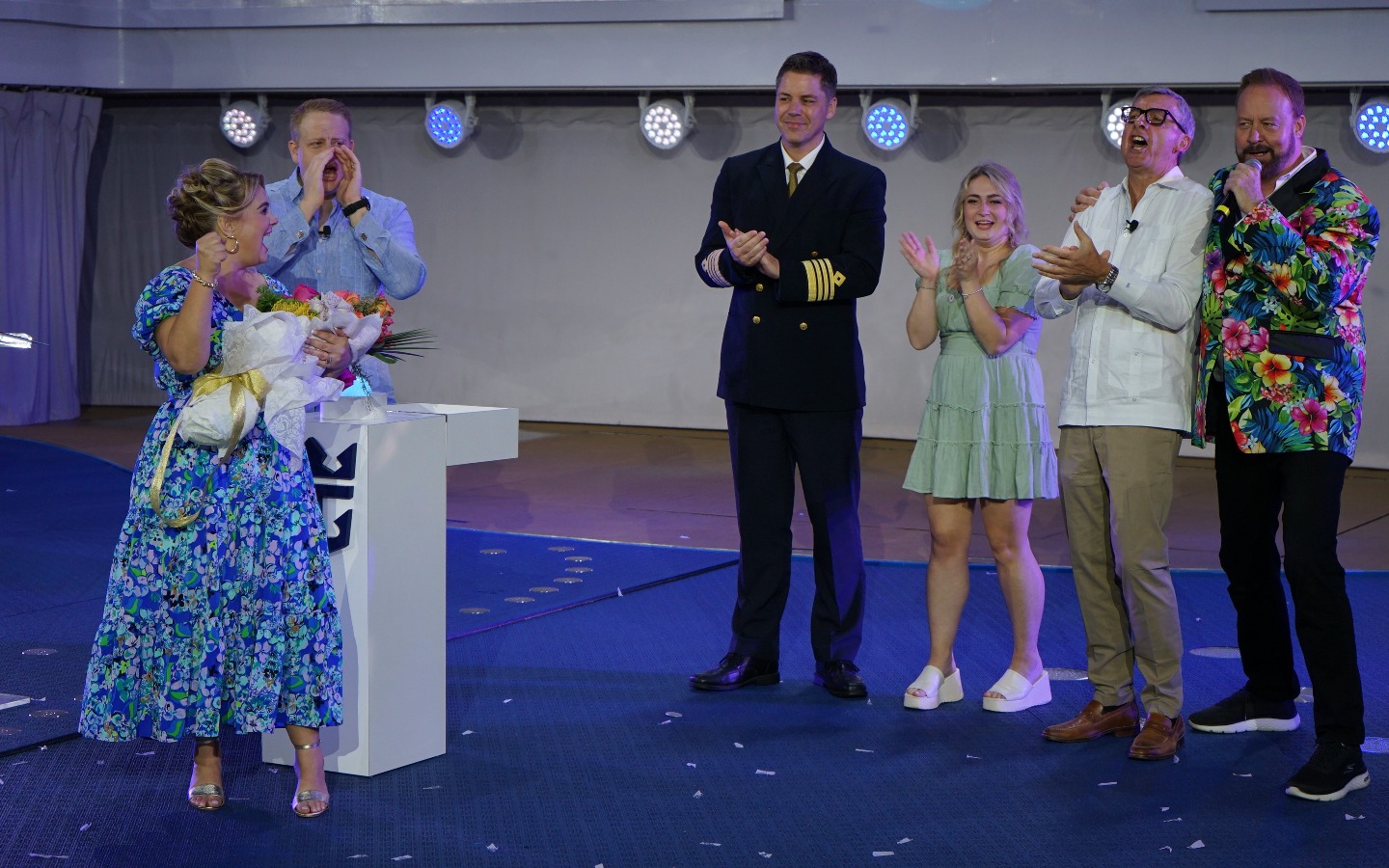 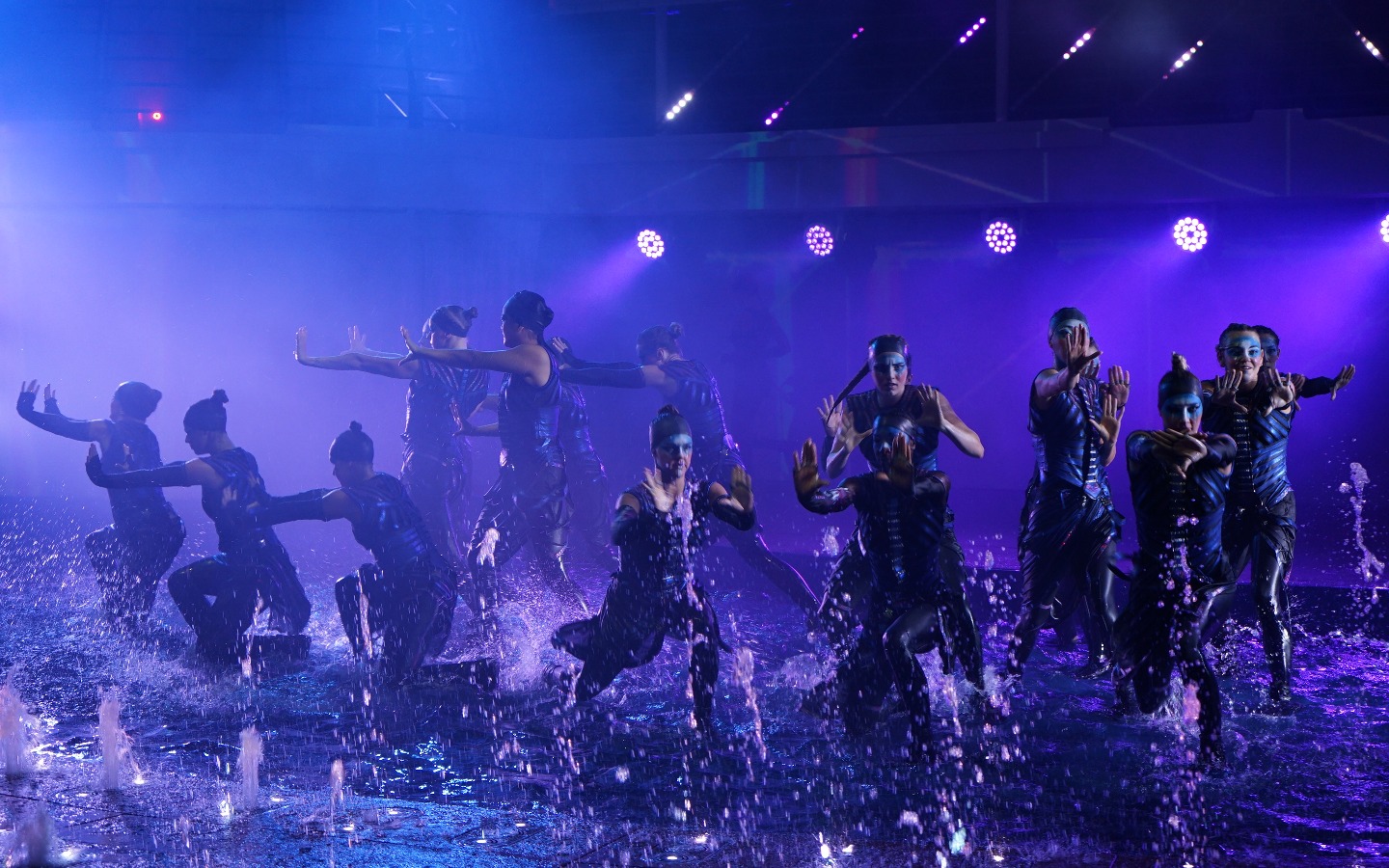 Although the cruise line could have easily picked a celebrity for the duties, Jason Liberty, president and CEO of Royal Caribbean Group explained that they wanted an “everyday hero” for the role. 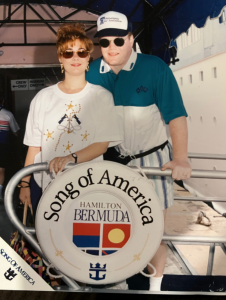 “Marie’s story is anything but ordinary. She found the unimaginable strength and resilience in the face of incredible hardship all while encouraging her family and those around her to live life to the fullest,” he said.

After Royal Caribbean put out a call for a Wonder Mom godmother coinciding with Mother’s Day, McCrea’s daughter Allie put together a touching video that showcased the story of her mom’s strength and unwavering support for her family. The widespread #SearchforWonderMom contest TikTok search saw 16,000 videos posted and 10.6 billion hashtag views.

McCrea’s nomination video, which was shared during the naming ceremony, moving many in the audience to tears, revealed how McCrea became a full-time caregiver for her late husband after he became disabled early on in their marriage and showed how she fought cancer while continuing to be there for her family. Notably, the McCreas vacationed on a Royal Caribbean ship during their relationship.

Fitting for a mega ship of its size, Liberty said they opted for the “largest bottle in the world” — the equivalent of 12 champagne bottles — to smash against the bow of the ship, after McCrea bestowed a blessing of safekeeping on Wonder, its crew and the millions of families who will cruise on the ship in the years to come. 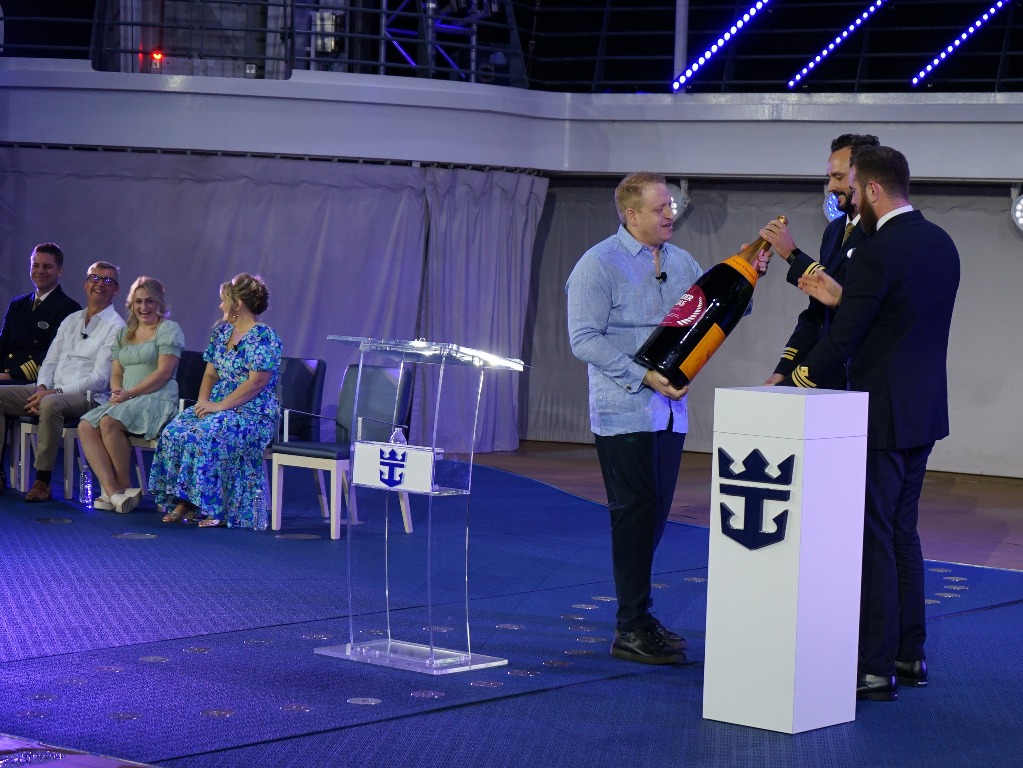 “It was an honour to officially welcome Marie and Wonder of the Seas to the Royal Caribbean family,” said Michael Bayley, president and CEO, Royal Caribbean International. “Marie’s story is one of incredible strength and family memories to last a lifetime, and those are the types of memories we’ve committed to creating with our guests and crew on every Royal Caribbean ship for more than 53 years.” 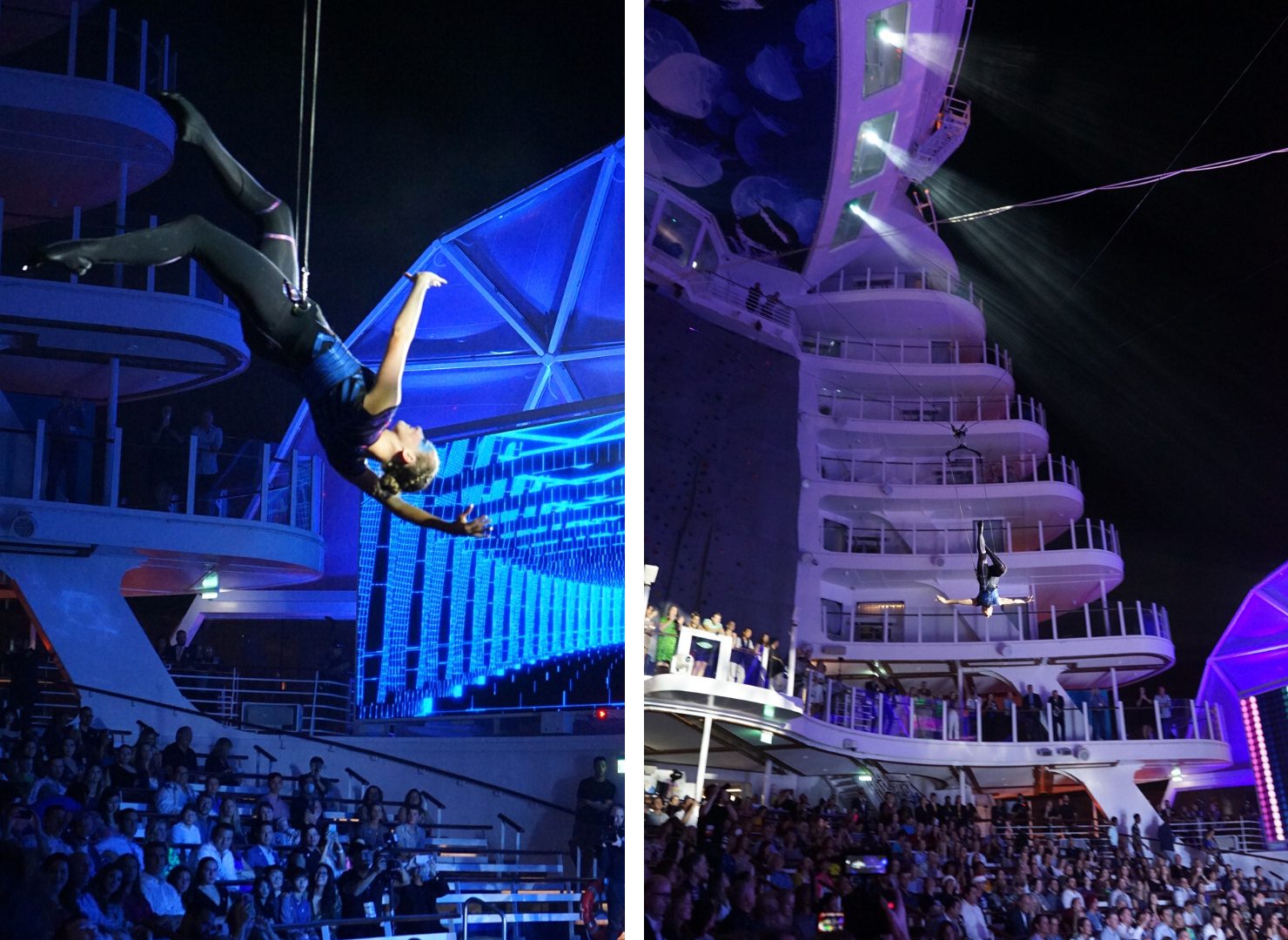 Taking place in the ship’s AquaTheatre, the evening included lively acrobatic entertainment. Many travel advisors from across Canada were on hand for the christening, along with Royal Caribbean executives and team members. Wonder of the Seas will now homeport in Port Canaveral. 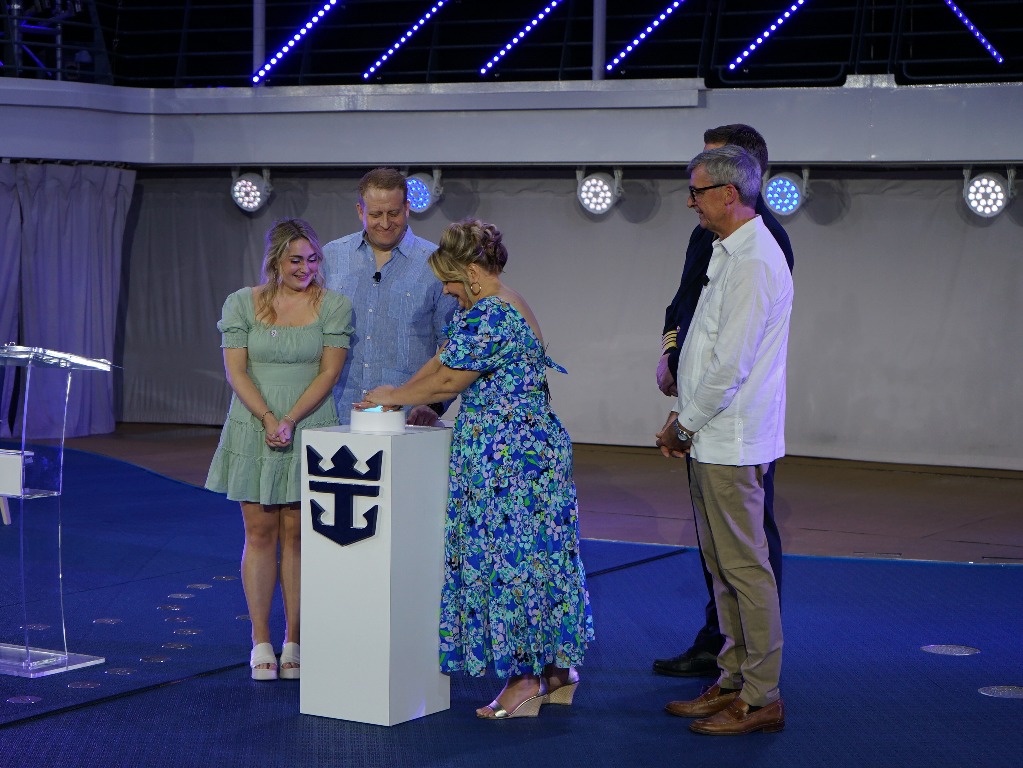 Stay tuned for lots more on Royal Caribbean and Wonder of the Seas in upcoming editions of Travel Courier and Canadian Travel Press!