Home › News › Working Towards Ending the Exploitation of Lions

Working Towards Ending the Exploitation of Lions

Tourists Urged to ‘Walk Away’ From Lion Walks 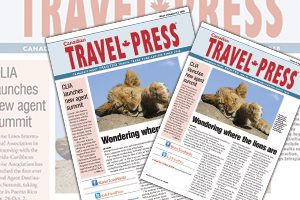 Intrepid Travel wants even well-intentioned travellers to show compassion to the king of the beasts.

The company marked Aug. 10 World Lion day by urging tourists to shun the likes of African lion walks and “orphan cubs” at what it says are “hundreds of… centres” it’s charging fuel the “multi-million dollar canned hunting industry in Africa.”

Intrepid, which in 2014 announced elephant rides were being dropped from its itineraries because of concerns over those animals’ welfare, reports it has agreed to work towards the end of what it says is “the exploitation of lions by the tourism industry.”

The company is supporting the Born to Live Wild campaign, which it says “aims to raise awareness of the realities behind the cub-petting and lion ‘orphanage’ industry, which sees animal lovers unwittingly support canned hunting experiences… Many of the people operating South Africa’s 200 or more captive breeding facilities do so under the guise of conservation and research,” Intrepid said in a statement.

“According to Blood Lions [a 2015 documentary about the lion issue] filmmakers and animal-welfare groups, thousands of captive lions and other predators across the [African] continent are bred in poor conditions, living in cages and other confined areas.”