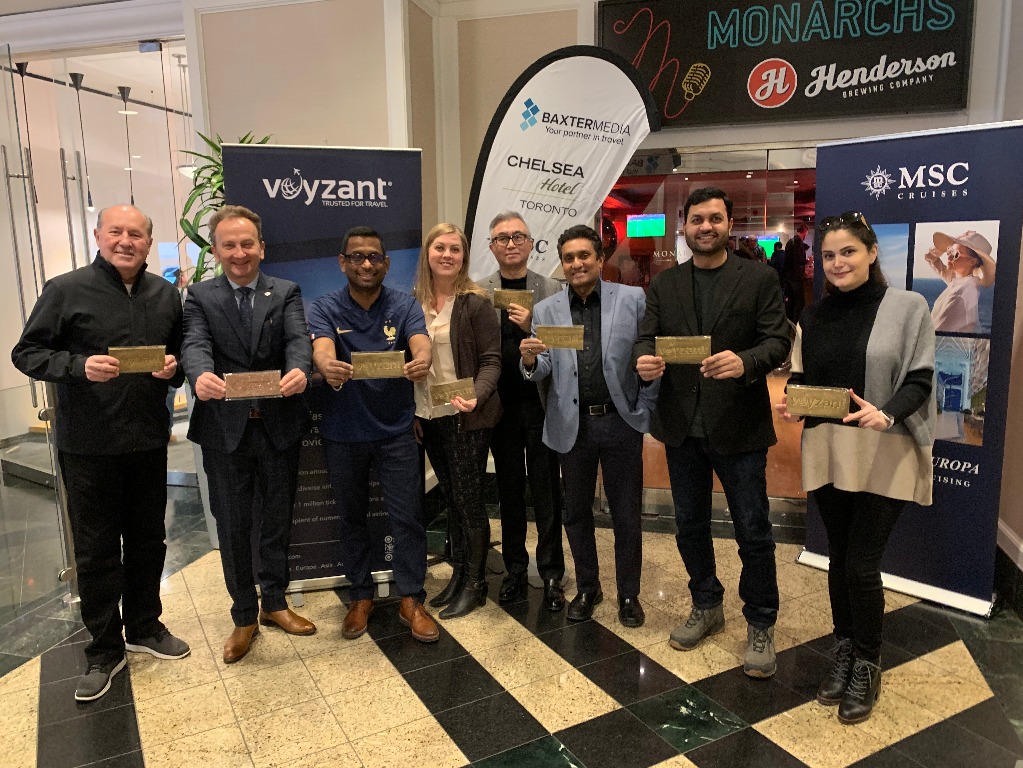 With France clinching the victory over Morocco, Baxter Media’s World Cup Viewing Parties wrapped up at the Chelsea Hotel yesterday. 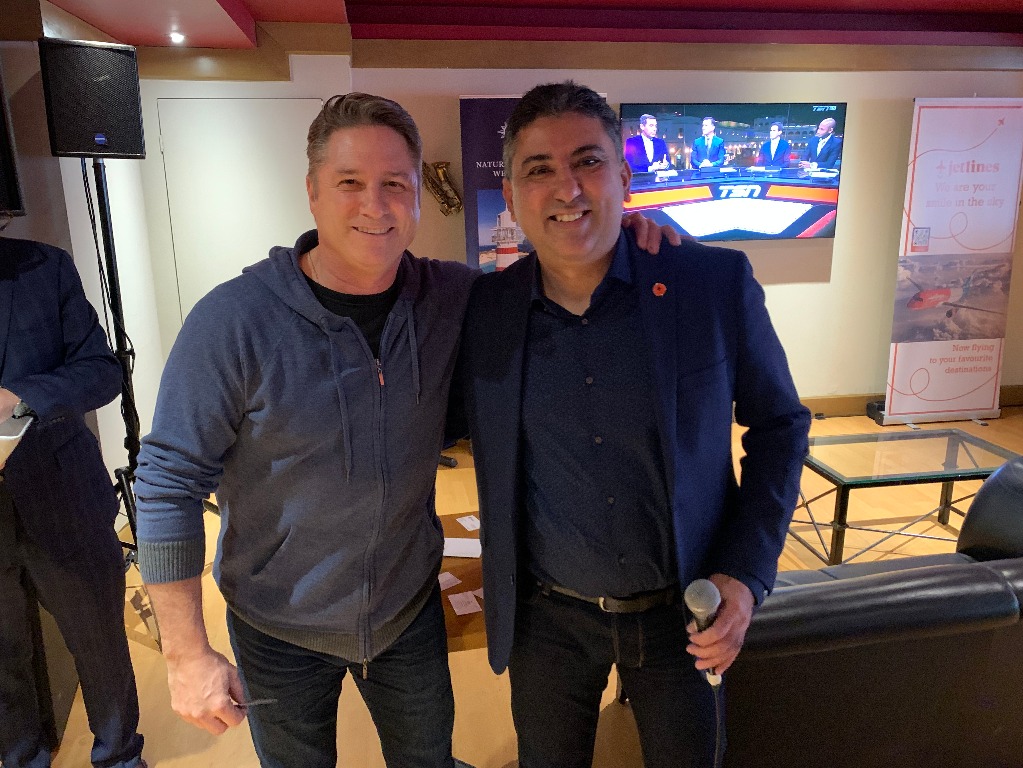 As has become custom during half time, there were multiple prize giveaways during the match. Percy Gyara, CFO of Canada Jetlines gave away five separate flight vouchers plus gifted everyone in the crowd with a code for 15% off a future flight.

“These are five tickets to anywhere we fly — Calgary, Vancouver, Vegas in January and many more routes to come,” he said. 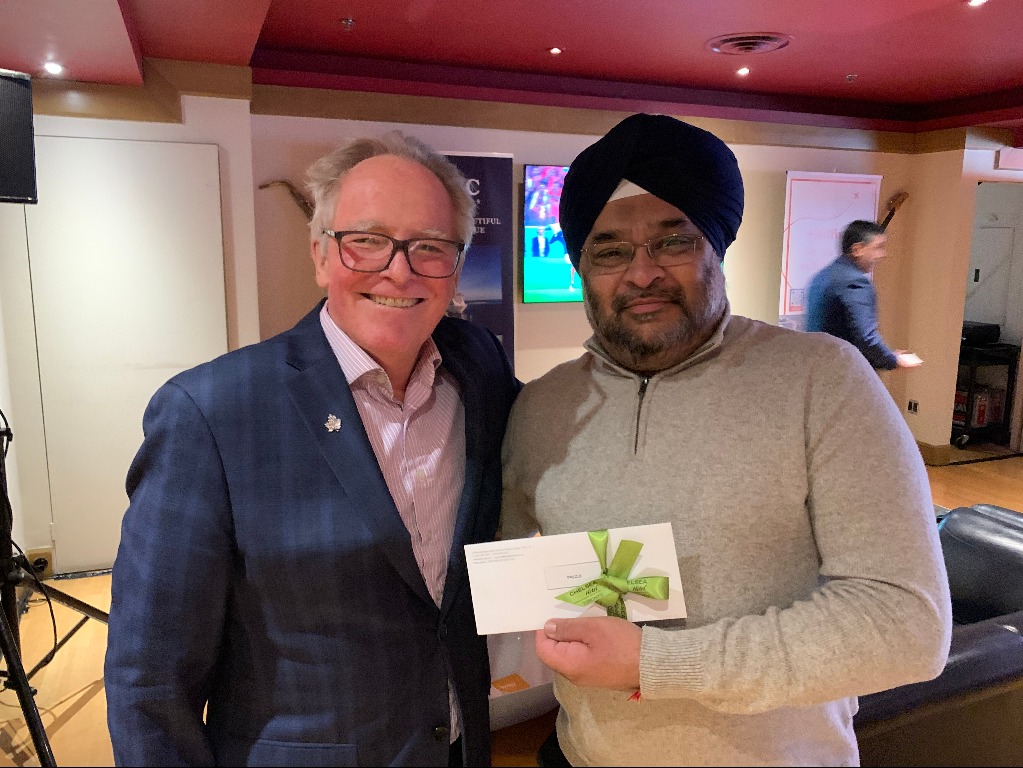 The Chelsea Hotel raffled off a weekend stay at their downtown location at Yonge and Gerrard. 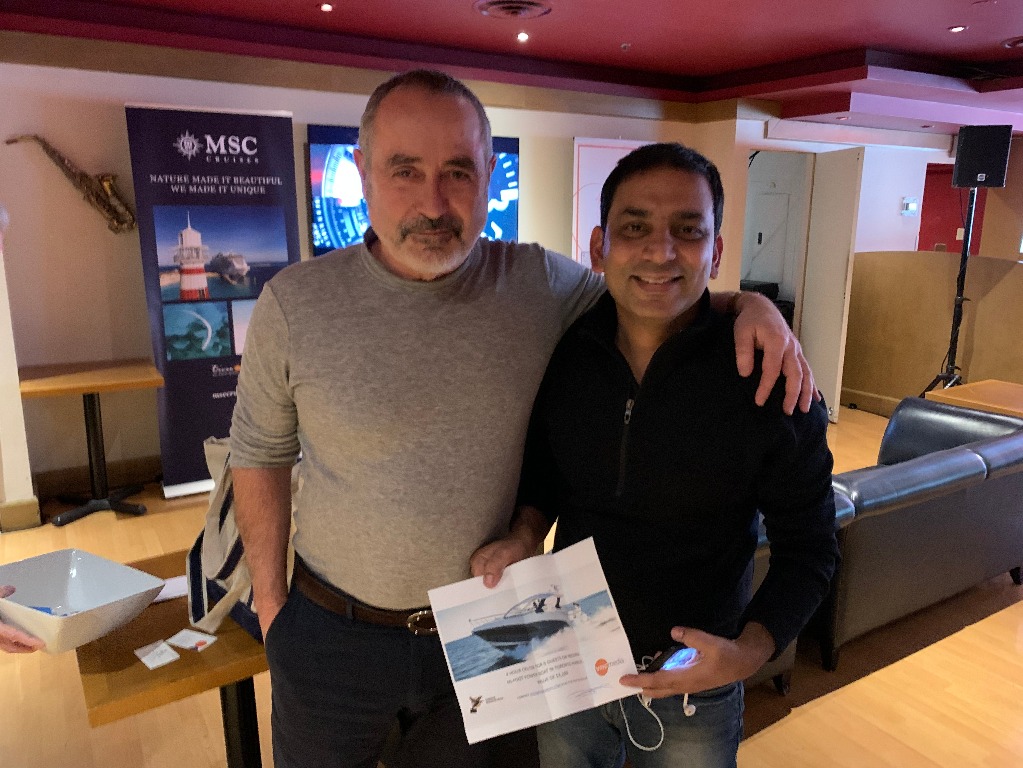 Wolf Paunic of Voyzant announced a WestJet prize for a roundtrip domestic flight for two.

“We want to promote domestic travel to domestic airports,” he said. 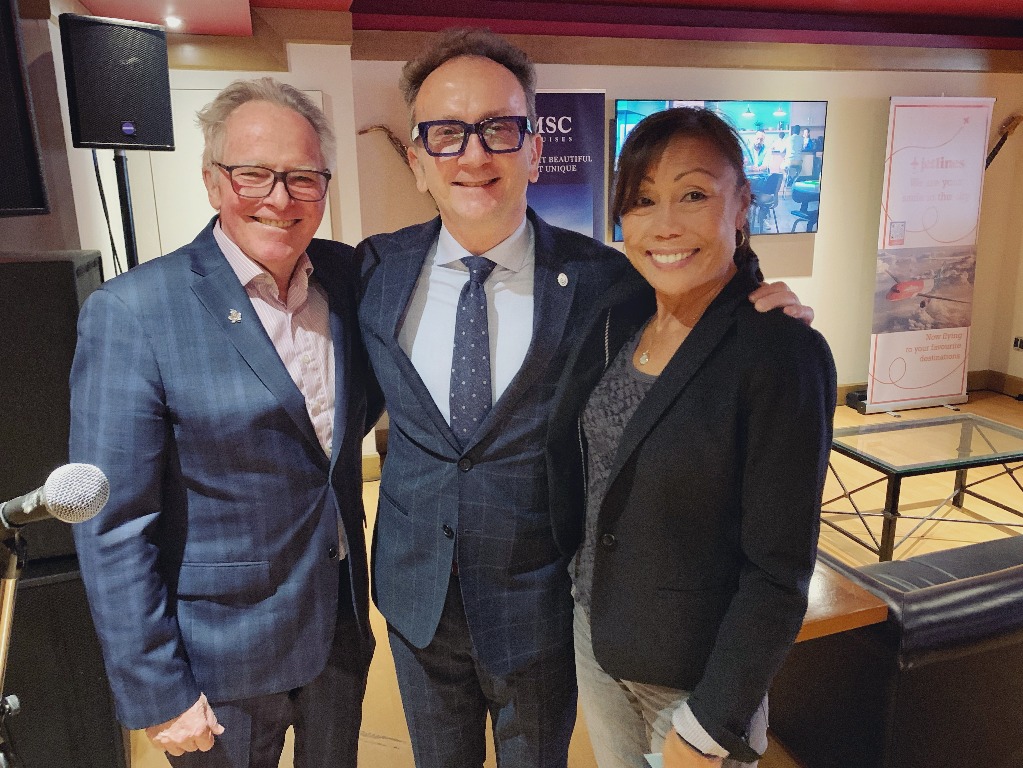 And Ramon Jacinto, BDM for Western & Central Canada for MSC Cruises Canada, gave away a gift bag from MSC Cruises with a voucher for a free cruise for two in a balcony stateroom for a sailing from Miami, Port Canaveral or New York.

“There’s a few things in the gift bag like a hat for your cruise and there’s something here called a free cruise,” he shared, announcing Alegria Narvaez, Trade & Travel Manager of the Tourist Office of Spain in Toronto as the big winner. 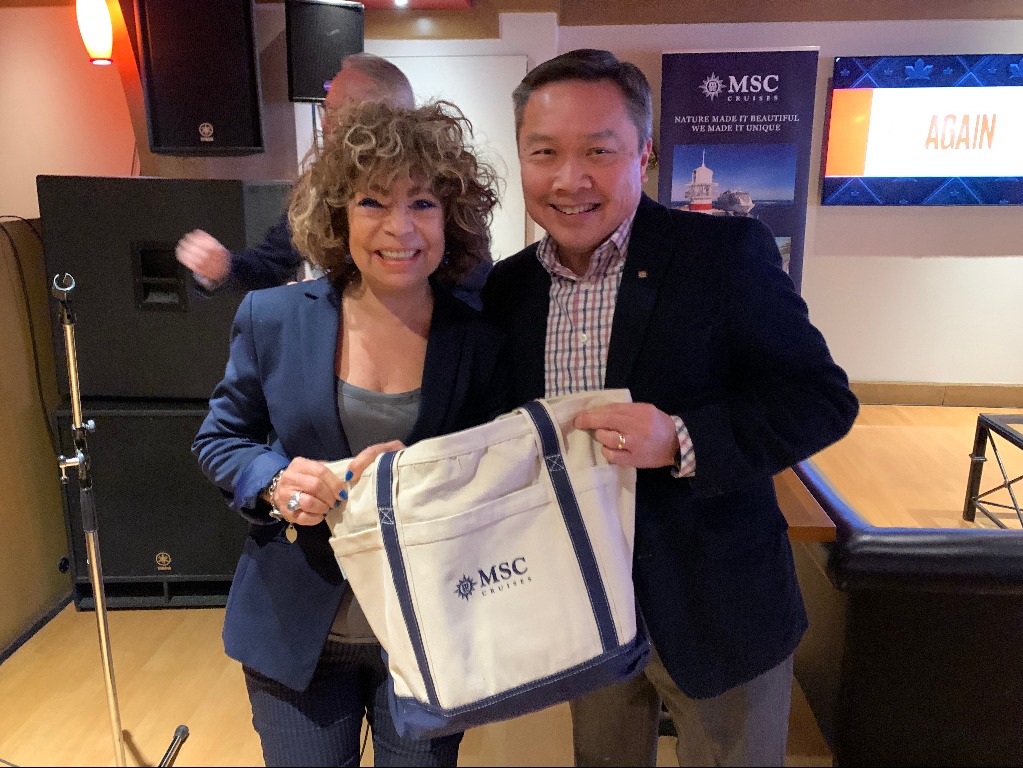