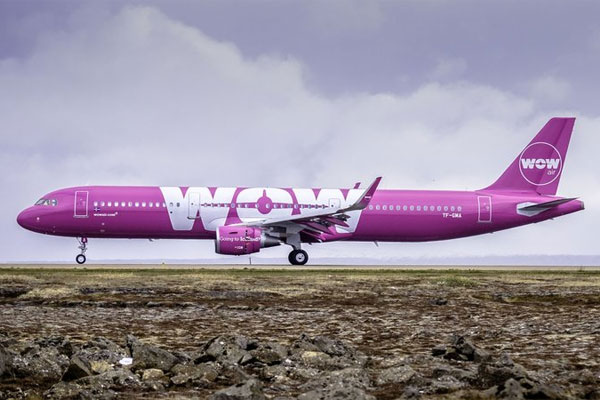 In the wake of WOW AIR’s shutdown, GlobalData says that the Iceland-based, ultra low cost carrier is just the latest addition to the long list of recent airline closures that come as the result of high fuel prices and overcapacity.

The data and analytics company’s associate travel and tourism analyst, Ralph Hollister pointed out that, “The closures of smaller sized airlines such as WOW Air come as little surprise. Even major airlines such as Ryanair with significantly higher profit margins are suffering with the issues at the root of these closures — high fuel prices and overcapacity.”

Hollister said that, “With finances having already been in decline for a number of months, WOW had to reduce its fleet from 24 to 11, along with reducing the number of destinations available to customers.

Overcapacity is a factor which can be managed unlike fuel costs, but timeliness is critical and WOW acted too late.”

He continued, “Smaller airlines need to be more sensitive to changes in the market. Being one step ahead in terms of potential future decreases in demand for specific routes will enable airlines to decrease flight frequency proactively. This will decrease the amount of empty seats and most importantly, keep them afloat in a highly competitive industry.”

Intrepid Travel also offered some reaction to WOW AIR’s shutdown, with its director of North America, Darshika Jones commenting: “Our final trip of the winter in Iceland starts tomorrow, so we don’t anticipate the airline’s sudden closure affecting too many of our customers. Of the last few remaining winter trips that are currently in progress, our team on the ground is ensuring that any customers currently in Iceland scheduled to travel with WOW AIR are provided with assistance as necessary.”

And while WOW AIR has in the past cited a fall in tourist visits to Iceland as a factor affecting its profitability, Intrepid Travel reports growth in its bookings to Iceland from North American travellers, posting a rise of 4% in 2019; while the company’s Iceland Express tour – its most popular Iceland tour in terms of customer growth – is up 9% globally since 2018 and an impressive 50% from North American customers.

Said Jones: “The growth we’re seeing on our shorter and more affordable tours in Iceland proves the appetite to visit the country is still strong, despite its reputation as an expensive destination. Travellers are simply searching for the best value for their money.”

For more, go to https://www.intrepidtravel.com/ca .