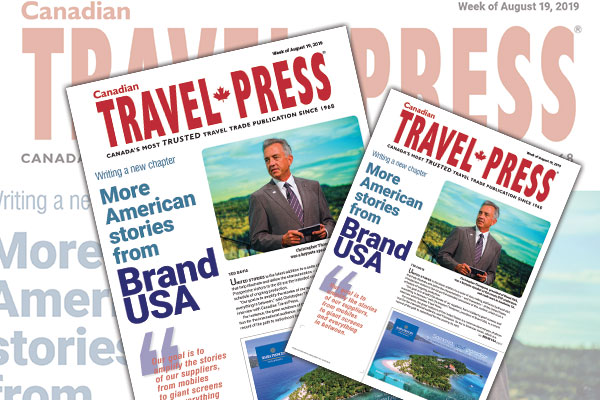 United Stories is the latest addition to a suite of story-telling platforms by Brand USA that help illustrate and define the characteristics – and characters – of the United States. Prospective visitors to the U.S. are the intended consumers of this content, which is on a schedule of ongoing production, reports western editor, Ted Davis in this week’s digital edition of Canadian Travel Press.

“Our goal is to amplify the stories of our suppliers, from mobiles to giant screens and everything in between,” said Christopher Thompson, the president of Brand USA, in a recent interview with Canadian Travel Press.

For instance, the great outdoors of the United States is a common denominator of attraction for the international audience, said Thompson. So too is American music, which is a record of the path to nationhood for the country, he said.

Both of these traits continue to be key pillars of tourism promotion for the Stars and Stripes, and both are proven as effective travel motivators for tourists.

United Stories is the latest program deployed by Brand USA to spread the word on why travellers should consider a holiday in America.

“We put measurements on these platforms to determine subscription, engagement and consumption,” said Thompson.

The return on investment (ROI) on this overall suite of programs as determined by Oxford Economics has been “very compelling” over the six years of their modelling, he said. “And we believe that is a relatively conservative result, so we’re happy.” The marketing ROI is 28 to 1 in terms of tourism returns from marketing dollars spent.

For instance, since fiscal year 2013, Brand USA marketing efforts have generated 6.6 million incremental visitors who have spent US$21.8 billion on travel and fare receipts with U.S. carriers.

Don’t miss the full story in this week’s issue of Canadian Travel Press.