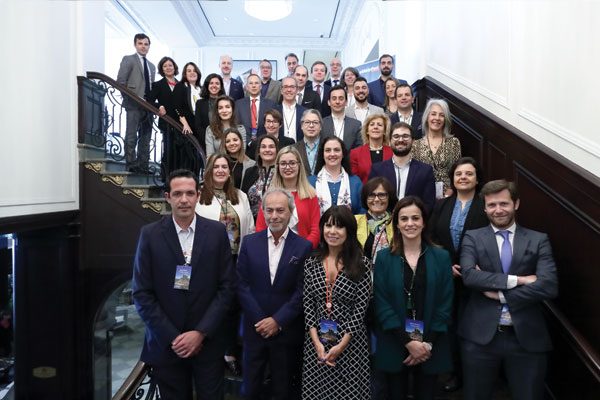 Coinciding with Travel Agent Day (May 1), William Delgado made a toast to the trade for their support at the Toronto stop of the Visit Portugal roadshow yesterday prior to showcasing how travellers #CantSkipPortugal. 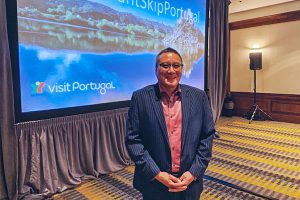 “Canada has been a market that’s been increasing year over year. We’re almost at 750,000 room nights, and we’re very proud of the revenue, not because of the money but because it shows the increase is larger than the other numbers so that means Canadians when they go over they enjoy it, they stay, they spend,” said Delgado, country manager, Canada of the Portuguese National Tourist Office, noting the overnight figures would be even higher if AirBnB bookings would be taken into account. “Portugal now is no longer just a stop on a longer European or Iberian excursion, more and more we’re seeing absolutely just going to Portugal and staying.”

While it’s a relatively small country, and one could drive from the north to the south within seven to eight hours, he said each of the seven tourism regions in Portugal offer something unique. 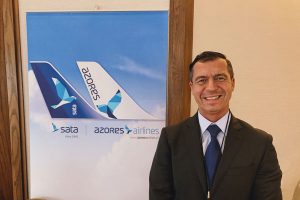 The Westernmost country in Europe features 300+ days of sunshine in the Algarve, 250+ in Portugal itself, and is home to 21 UNESCO World Heritage Sites, as well as a number of intangible designations.

“We have everything from castles and monasteries to historical buildings,” he said. “We have intangibles such as Fado, the Alentejano Cante and the Mediterranean cuisine. The country again offers a wide variety of different cultural experiences.”

And while nature is in abundance in the Azores and Madeira, he said to keep mainland Portugal in mind for its natural resources, green parks, hiking, biking, 850 miles of coastline, beaches, wine tourism and as a destination for golfing and surfing.

Delgado highlighted how Portugal is the second oldest continuous geographically contained country, with 900 years of history to discover. 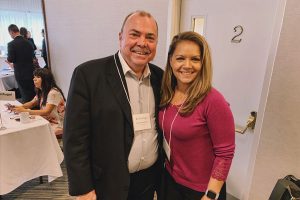 “Our borders have not changed since I think 1187 so we have a long and distinguished history, we have a long and distinguished cultural identity, and I think that’s one of the strengths that we bring to the tourism game,” he said. “On the flip side, it’s also a very modern country, cutting edge of architecture, cutting edge of design, fashion and even gastronomy. The country is steeped in history, but think of us as well on the forefront of leading design.”

The same can be applied to its food scene. While Portugal is known for traditional dishes like codfish, it’s also known for its wine and modern gastronomy with 26 Michelin-starred restaurants.

“Traditional ingredients, traditional thought, but in a modern preparation, so if you have foodies on your client list, more and more we’re working with tour operators to do food and gastronomy tours,” he said. “You can do a small, low-end, famous traditional lunch and then end up at a two-star Michelin restaurant at night, and give your clients a breadth of experience.” 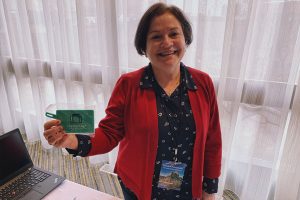 The event featured more than 30 partners from Portugal, including the Algarve Tourism Bureau, Azores Promotion Board and Centro de Portugal, as well as hotel and airline reps ranging from TAP Airlines and SATA Azores Airlines to Transat and Air Canada.

The show takes place in Montreal today and featured a stop in Vancouver earlier this week.