Home › Airlines › Yucatan Has Big Plans For The Future

Yucatan Has Big Plans For The Future 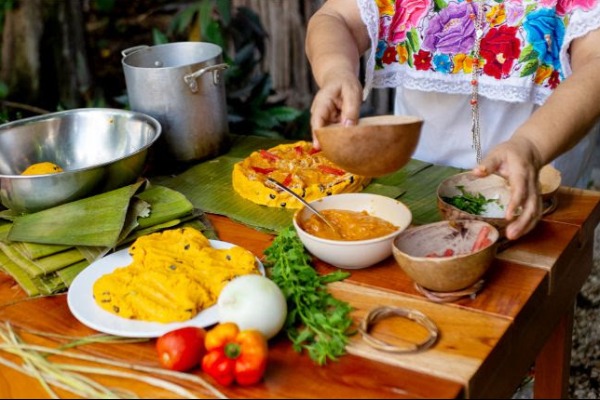 After successfully completing its “365 Days of Yucatan” campaign, the state of Yucatan has announced further work as part of its reactivation plan.

The 365 Days of Yucatan effort took place in 2021 and 2022, during which time 365 tourism products — many developed specifically as part of the campaign — were promoted to local, national and international visitors, and helped return visitor numbers to pre-pandemic levels.

In the past two months, the state’s Ministry of Tourism (SEFOTUR) has announced a number of the newest additions to Yucatan’s tourism offerings, including the Sendero Jurasico.

Situated close to Chicxulub — the impact crater of a large asteroid that hit Earth with tremendous force 66 million years ago. The park features replicas of many of these now-extinct animals. The Yucatan has also expanded its share of the destination weddings market with its variety of indoor and outdoor venues and the start of legal same-sex marriages and has developed adrenaline-fueled, outdoors activity routes across its many regions.

This month, SEFOTUR also launched its newest campaign, “365 Flavors of Yucatan.” Promoted under the hashtag #YucatanIsFlavor, the campaign aims to increase awareness of the state’s culinary offerings, rich cultural history and modern gastronomy as an important part of its tourism offer. It positions Yucatan as one of Mexico’s foodie destinations in an effort to expand tourism to all regions of the state and develop new products.

Back in the state of Yucatan, one area of great change is the Yucatan Riviera, which has seen an increase in boutique hotels, Airbnb rentals, beach clubs and event spaces. One of the most promoted projects is the expansion of the Puerto Progreso cruise port; cargo ships carrying up to 100,000 tons of freight and passenger ships with up to 8,000 passengers will be able to call at the port. There is also a letter of intent with Fincantieri to build the largest shipyard in all of the Americas through an investment of more than $400 million.

Yucatan has been proactively courting the cruise industry since its attendances at the 2018 iteration of the annual Florida and Caribbean Cruise Association (FCCA) Cruise Conference with a delegation of state decision-makers, including Vila Dosal and Fridman.

From January to April of this year, 48 cruise ships arrived in Yucatan, transporting a total of 142,228 passengers. More than 100 cruises are scheduled to call at Progreso this year, including Royal Caribbean Cruise Lines’ Enchantment of the Seas, which arrived on June 10 from Galveston, Texas, with 2,284 passengers and a crew of 861 people Carnival Ecstasy which called on the port on July 7th with 3,267 people on board.

Despite a welcome increase in tourism to the beach areas of the Yucatan Riviera, government initiatives and education efforts have helped not only maintain but enhance the health of the area’s environment. This month, it was announced that the seven main Yucatecan beaches have reduced their solid waste contamination by up to 94% and had received platinum certification for the second year in a row by the Mexican Institute for Standardization and Certification. This includes the beaches of Río Lagartos, Celestún, Telchac, Sisal, Cancunito, San Felipe and El Cuyo.

Airlift is also increasing to Merida International Airport (MID). This month, it was announced that a new daily direct flight from Mexico City’s Toluca Airport will start on Sept. 9 with Viva Aerobus. With this new route, Yucatan increases the number of available direct national air routes to nine. Air route recovery now exceeds 100% of the supply of seats that had been available on domestic routes prior to the pandemic. International routes have recovered part of pre-pandemic frequencies, with direct and non-stop flights to Merida from Dallas, Houston, Miami, Oakland and Tijuana/San Diego.