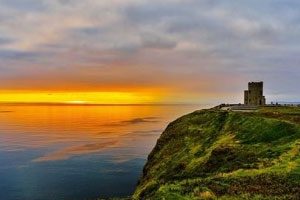 Tourism Ireland has reached 100,000 fans on Facebook in Canada.

Social media marketing is a big part of Tourism Ireland’s promotional program in Canada and around the around the world and the organization’s “social footprint” is considerable with more than 50 social media presences in total – including Facebook pages in 15 markets, Twitter, Instagram, Google+, Pinterest and YouTube, as well as Sina Weibo and WeChat in China. Tourism Ireland has almost 28,000 followers on Twitter in Canada alone (355,000 globally).

Dana Welch, Tourism Ireland’s manager for Canada, commented, “Social media, including Facebook, provides a really valuable platform for us to promote the island of Ireland to potential Canadian holidaymakers. However, it’s not just about the numbers – it is also the quality of the conversation we can have with our fans and how we engage with them about Ireland. We are working hard to really maximize its impact, to grow the online tourism conversation about the island of Ireland inspiring Canadians to come and visit.”

2016 looks set to be another good year for tourism from Canada and the US, with the latest CSO figures showing visitor numbers from North America up 15% between January and June of this year – almost 100,000 extra Canadian and American visitors compared with the same six-month period in 2015.