Home › Events › A Celebration Of Picasso

A Celebration Of Picasso 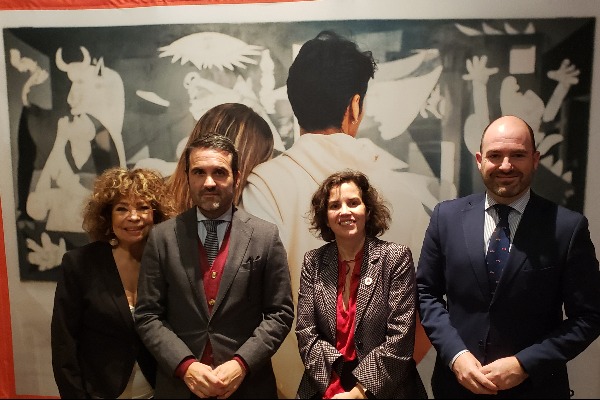 Tributes in Spain and France are in the works that will honour Pablo Picasso on the 50th anniversary of the famed artist’s death, with Picasso’s seaside hometown of Malaga playing a prominent role in those tributes.

The governments of Spain and France are working together on the project, with France being involved as the Spanish artist spent much of his life in Paris.

“On the occasion of this anniversary, the year 2023 will be marked by a celebration of Picasso’s work and artistic legacy,” Barbaro Couto, Canadian director for the Tourist Office of Spain, said during a recent Toronto gathering.

The Picasso Celebracion 1973-2023 program will be based on around 50 exhibitions around the world, including 16 in Spanish cities closely linked to the artist, because he lived in most of them and was inspired by them all.

“We want first of all, to communicate this amazing agenda of exhibitions and at the same time to take the opportunity to promote the cultural aspects of our beautiful country. Spain is a cultural destination for Canadians, who appreciate the amazing and very diverse heritage that we have.” The five cities participating in the Agenda of the Picasso celebration are Malaga, Madrid, Barcelona, A Coruña and Bilbao, with those metropolises offering what Couto called “a rich program of exhibitions throughout the anniversary year 2023 and part of 2024.”

Picasso was born in Malaga in 1881, with his father a painter and professor at a local school of arts and a curator of a local museum.

“The atmosphere and the daily life of those years became the inspiration for some of the recurring themes in his paintings, such as flamenco, doves and bulls,” Couto added.

Malaga tourist board director Jonathan Gomez Punzon, on hand for the Toronto gathering said those who appreciate Picasso will be in their element in Malaga over the coming year, thanks to the commemorations.

“It’s a wonderful moment to come,” he said of a city that “is the only place in the world with two Picasso museums.”

One of those museums is the “official” Picasso museum, while the other is the home he grew up in and which can now be visited by tourists, who will see both some of Picasso’s artwork and family possessions.

Malaga actually has over 35 museums, he added.