Home › Airlines › A Message Of Togetherness From Air Canada

A Message Of Togetherness From Air Canada 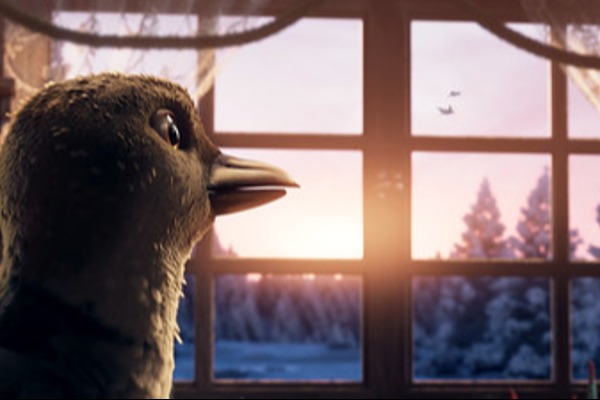 It’s all about togetherness.

That’s the message in Air Canada’s newly launched, animated short film that stars a baby loon who gets separated from its family on the annual journey south for the winter but finds its way back to its loved ones in an unexpected way that is sure to give Canadians a ‘jolly’ surprise.

“Together for the Holidays” opens with the baby loon and its family soaring through the Canadian skies as a strong gust of wind pushes the protagonist out of its parents’ path. However, all is not lost. With a safe landing in a whimsical new place, the baby loon makes a new friend and life-changing new memories. The final act sees the baby loon reunited with its family, new friend in tow, reminding us togetherness makes the holidays merry and bright.

The spot also features music from two Canadian artists: Where You Are by Tenille Townes, one of Canada’s most critically acclaimed country singers and Les échardes by Charlotte Cardin, a four-time 2022 Juno Award winner. Their emotive songs and lyrics add the soundtrack to our story.

Andy Shibata, Vice President, Brand, Air Canada, explains: “It’s been a tradition for us to use magic and wonder in our storytelling when it comes to our holiday ads, as it is one of the most celebrated and heartfelt times of the year. Air Canada takes great pride in being the airline that plays a role in uniting family and friends to help them celebrate these special times.”