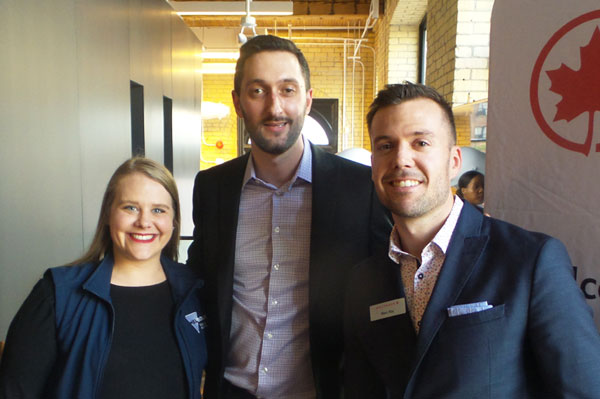 Air Canada is upbeat about the June start of its year-round, nonstop Vancouver-Melbourne service, which will be the third Australian city to see Air Canada aircraft touch down.

The airline held a Toronto gathering Thursday to promote the service, with Air Canada’s Marc Roy saying the carrier will use a B787 Dreamliner on the route, and labelling it an “amazing aircraft.”

The route will initially see three flights a week.

Air Canada is also touting what it says will be convenient connections from Toronto.

Roy says Air Canada has high hopes for the route, pronouncing Melbourne a “great destination” and an “exciting and sophisticated city.”

Air Canada has already been serving Sydney and Brisbane.

Pictured are Amanda Ladd of Visit Victoria, Troy Vigushin of Flight Centre, which is based in Melbourne, and Roy.