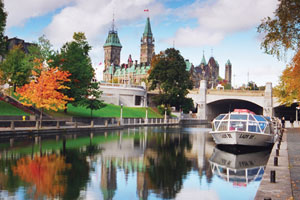 Air Canada is getting set to upgrade its daily non-stop flights from Ottawa to London-Heathrow with its state-of-the-art Boeing 787 Dreamliner aircraft.

Beginning next spring, customers travelling between Ottawa and London-Heathrow will have the option to fly in Air Canada’s Signature cabin, featuring fully lie-flat suites, as well as the added choice of a Premium Economy cabin.

“Air Canada is pleased to offer customers travelling between Ottawa and London-Heathrow the added comfort of service aboard our flagship Boeing 787 Dreamliner. Customers love this aircraft whose revolutionary design improves the on-board air quality, which, combined with other features such as our next generation cabin, mood lighting and other amenities, mitigates jet lag. As a result, customers arrive better rested to hit the ground running for either business or pleasure. With the Dreamliner, we are also now offering customers flying between Ottawa and London the additional option of Air Canada’s Premium Economy cabin,” said Mark Galardo, vice-president, Network Planning at Air Canada.

Air Canada also announced it is suspending its summer seasonal, Ottawa-Frankfurt service. The last flight on this route will be operated on Oct. 24. Customers travelling to Europe from Ottawa next summer will have an additional option to fly to Frankfurt on a new seasonal service provided by Star Alliance partner Lufthansa, which will begin operating on May 16, 2020 and end Oct. 24, 2020.