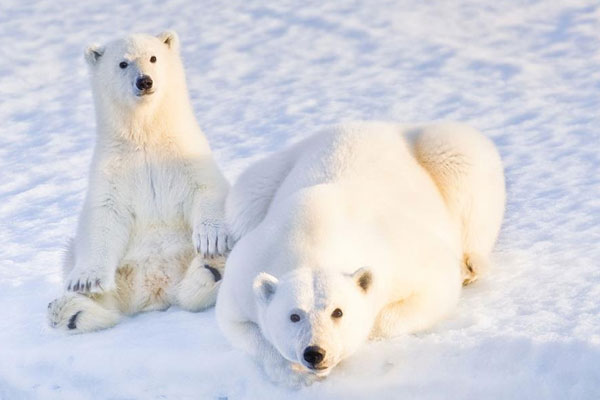 In honour of International Polar Bear Day (Feb. 27), Adventure Canada is raising a glass to Yuka, the mother polar bear the company sponsored through Polar Bears International (PBI) in fall 2018.

It is the first donation of this kind for the small ship expedition operator, who has taken the polar bear as its emblem. The sponsorship with PBI helps the organization to track polar bear’s behaviours, measure the distances they travel, and document the amount of sea ice loss – the single largest threat to polar bears, who depend on the ice to hunt – throughout the Arctic region.

Since Yuka was first sponsored by Adventure Canada in December, she has travelled 628 km north of Wapsuk National Park in Manitoba and is currently located far from the shores of Hudson’s Bay with her two small cubs.

“There are many complexities of sea ice loss and bear behaviour in the changing Arctic environment,” says Cedar Swan, Adventure Canada CEO. “Increasing our knowledge of both and how they relate to each other is an important step in understanding the present and future of these magnificent animals. The Adventure Canada team and I are excited to track Yuka – to not only help sustain her habitat, but to see if she’ll have another cub and where she’ll den. We anticipate that this won’t happen until the end of the summer, as polar bears typically spread out when they have their young.”