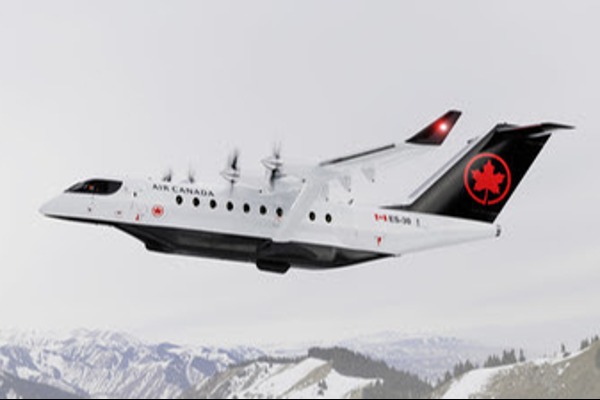 Air Canada has announced a purchase agreement for 30 ES-30 electric-hybrid aircraft under development by Heart Aerospace of Sweden. The revolutionary regional aircraft, expected to enter service in 2028, will generate zero emissions flying on battery power and yield significant operational savings and benefits. Under the agreement, Air Canada has also acquired a US$5 million equity stake in Heart Aerospace.

Michael Rousseau, President and Chief Executive Officer of Air Canada, said that: “Air Canada has taken a leadership position in the industry to address climate change. The introduction into our fleet of the ES-30 electric regional aircraft from Heart Aerospace will be a step forward to our goal of net zero emissions by 2050.”

Rousseau continued: “Already, Air Canada is supporting the development of new technologies, such as sustainable aviation fuels and carbon capture, to address climate change. We are now reinforcing our commitment by investing in revolutionary electric aircraft technology, both as a customer for the ES-30 and as an equity partner in Heart Aerospace.”

The ES-30 will allow Air Canada to serve regional and commuter routes more sustainably, providing low-emission connectivity to local communities over the medium-to-long term. It will be capable of carrying 30 passengers seated three across (in a 2X1 configuration), with a galley and lavatory. Air Canada has placed a purchase order for 30 ES-30.

Anders Forslund, founder and CEO of Heart Aerospace, said that: “Air Canada is a strategically important partner for Heart Aerospace. The company has one of the world’s largest networks operated by regional turboprops, and it is also a progressive, future leaning company especially in the green transmission.” Forslund continued: “With the ES-30 we can start cutting emissions from air travel well before the end of this decade.”

The aircraft will be powered by lithium-ion batteries, and will be quieter, have better operational parameters, be more reliable, and have a smaller environmental footprint than conventional turbo-prop aircraft.

It will also be equipped with reserve-hybrid generators that can use sustainable aviation fuel. Fully loaded, the ES-30 is projected to have an all-electric, zero-emission range of 200 km. This can be extended to 400 km with power supplemented by the generators, and up to 800 km if the load is restricted to 25 passengers. Charging time for the aircraft is expected to be 30-to-50 minutes.