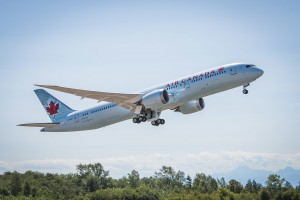 Air Canada has announced the addition of six new destinations to its international network, including year-round Boeing 787-9 service between Toronto and Mumbai and between Vancouver and Taipei.

The new services will launch for summer 2017, with the Montreal-Algiers and the Vancouver-Taipei routes subject to government approvals.

“Toronto-Mumbai is our third route between Canada and India starting with the launch of Toronto-Delhi service last fall, and Nagoya will be our fourth airport in Japan,” said Benjamin Smith, president, Passenger Airlines at Air Canada. “With these new services, we will now operate 21 routes between Canada and Asia, including the Middle East. Berlin and Marseille will bring the number of European routes we serve to 44 next summer, including four cities in France. Algiers will be our second destination in Africa, which makes Air Canada one of only a small number of global carriers flying to all six inhabited continents.”

Air Canada will be the only carrier to offer non-stop service between Canada and Mumbai and the only Canadian carrier to operate non-stop service to Taipei. These routes will operate year-round with Air Canada’s Boeing 787-9 Dreamliner. The aircraft feature 30 International Business Class lie-flat seat suites, 21 Premium Economy and 247 Economy Class seats, with upgraded in-flight entertainment at every seat throughout the aircraft.