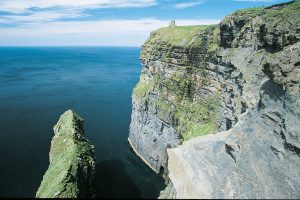 Air Canada will offer expanded seasonal services to Ireland with new non-stop flights from Toronto to Shannon and between Montreal and Dublin.

“With the right aircraft for the right market, Air Canada appears to have the luck of the Irish and we want to share it with our customers. Beginning summer 2018, we will capitalize on the growing traffic between Canada and Ireland and launch two new routes to Ireland, Toronto to Shannon and Montreal to Dublin,” said Benjamin Smith, president, Passenger Airlines, at Air Canada.

He added, “along with these new services, Air Canada is also enhancing its non-stop Toronto-Dublin service by increasing weekly frequencies to four from three, including daily service next summer, and transitioning it to Air Canada mainline from Air Canada Rouge… As well, we are also resuming our seasonal Vancouver-Dublin non-stop service next summer on an expanded basis, with up to five flights weekly between the two cities.”

Dana Welch, Tourism Ireland’s manager for Canada, is excited about the new routes and commented, “the increase provides a major boost for both leisure and business tourism from Canada to the island of Ireland. Tourism Ireland looks forward to working closely with Air Canada and the Shannon and Dublin airports to drive demand for the new flights. As an island destination, the importance of convenient, direct, non-stop flights cannot be overstated – they are absolutely critical to achieving growth in inbound tourism.”