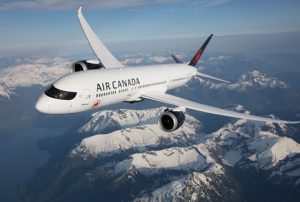 Flights will operate year-round, with daily service during summer peak travel and three times a week during the winter, aboard Boeing 787 Dreamliner aircraft.

Special introductory fares start at $999 round-trip, all in, and tickets are now available for purchase.

“Air Canada is continuing its global expansion by strategically building its Montreal hub, and we are thrilled to announce the launch of non-stop flights to Tokyo, Montreal’s first scheduled link to Japan. The new flights will offer travellers from Atlantic Canada and the Northeastern US convenient access to Japan and beyond, complementing our existing Tokyo flights from Toronto, Vancouver and Calgary, while also strategically positioning Air Canada as a leader in the growing Montreal-Asia market,” said Air Canada president Calin Rovinescu.