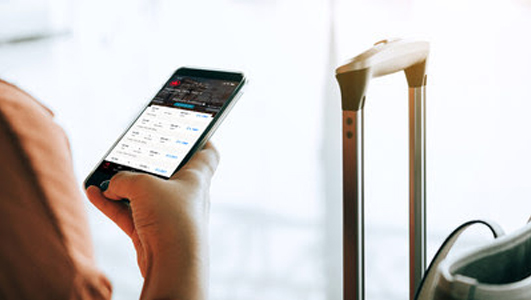 Air Canada has launched a next generation Air Canada mobile app, now available for download on iOS and Android.

Designed with customers at the centre, the new app “features an intuitive layout supported by the latest technologies, to deliver faster, more reliable performance.”

“Air Canada is focused on making travel easier and more comfortable for everyone, particularly through the use of the latest technologies. Beyond the new features launching today, such as interactive airport maps with turn-by-turn directions for travellers, the new app provides the foundation necessary for future developments, most notably the launch of our new Loyalty program in 2020,” said Mark Nasr, vice-president, Loyalty and eCommerce at Air Canada. “The app was designed and built entirely in Canada, in our Digital labs enabled by the Air Canada technology team.”
From booking to boarding with one hand, the Air Canada mobile app is the ultimate travel assistant. It was developed after extensive consultation with customers and employees around the world, including the more than 18,000 flyers who participated in the Beta program.

Updates to the app will roll out regularly, including releases that will work seamlessly with Aeroplan loyalty accounts, among other improvements.