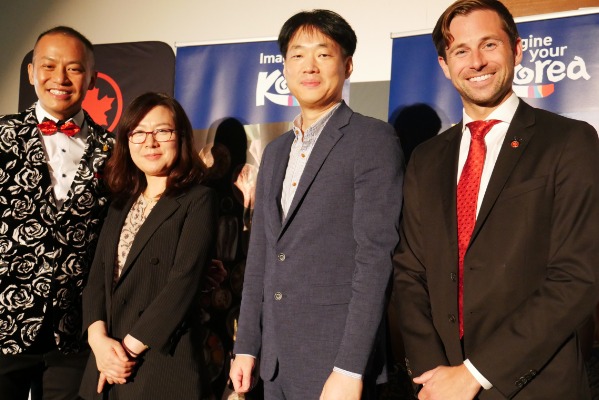 An increase in frequencies is upcoming for the schedule of flights that Air Canada operates between Canada and South Korea. The airline currently operates four flights per week between Toronto YYZ and Seoul-Incheon ICN. That is set to increase to up to five flights per week for September and October.

Meanwhile, the Air Canada schedule of flights between Seoul and Vancouver YVR operates on a daily basis. The Vancouver route gets a B777-300, while a 787-900 Dreamliner is on the Toronto routing.

Air Canada brought news of its services to Vancouver recently, in partnership with the Korea Tourism Organization (KTO). Invited travel retailers came to see presentations by both organizations at a dinner event held at the Westin Wall Centre Vancouver Airport in Richmond, just outside the YVR airport lands.

They learned that the number of Canadian visitors to Korea had reached the landmark level of 200,000 in 2019, and that visitor numbers were on a long road back in the wake of the receding pandemic. Some 40,000 Canadians had travelled to South Korea from January to July this year.

“The recovery is slow, and we are still facing barriers,” said Young Mi Kwon, the director of the KTO in Toronto. “But we will overcome those barriers with your help,” she told the assembled travel agents.