Home › Airlines › Air Italy: All About That ‘Italian Feeling’

Air Italy: All About That ‘Italian Feeling’ 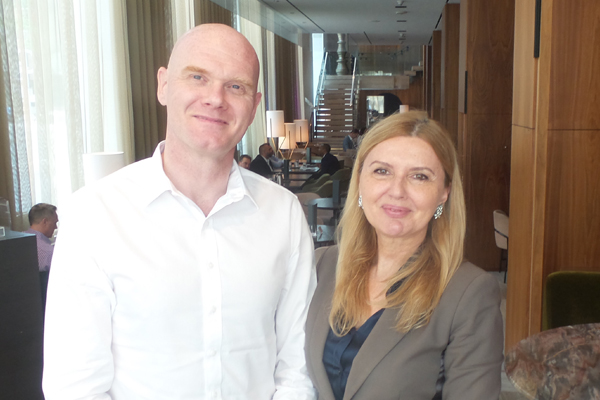 Morena Bronzetti says those who travel from Toronto to Milan on Air Italy’s new route between the cities will quickly be able to see reminders that the carrier is based in Italy.

Bronzetti, the airline’s vice-president of sales and distribution, says the carrier’s planes will “give you the Italian feeling as soon as you step on the airplane.”

Among other things, Italian wines are served to passengers and those passengers can also dine on the likes of pizza and gelato, she notes.

Air Italy began the route on May 6, offering six weekly flights between Milan and the Ontario capital. Bronzetti concedes that her airline is to some degree the new kid on the block but adds that “some really good load factors are expected for the service,” which will run through October.

The A330-200s used offer both economy and business class, with a two-for-one business class incentive available through July 2 enabling couples to cross the Atlantic for $1,900.

The incentive is for travel through October.

“We’re new in the market, so we want to make sure people try our service,” Bronzetti says. “Once they try it, they come back.”

Air Italy’s network includes seven Italian destinations from Milan and the carrier also flies to a number of African cities, points in Asia and other locations in Europe. It also serves four cities in the United States.

Air Italy has codeshare agreements with a number of carriers, including Iberia and British Airways.

A number of senior Air Italy officials were in Toronto over the weekend for the city’s Gay Pride festivities and the airline had a float in the parade.

Bronzetti notes that those who check in online can identify themselves as male, female or “non-binary gender.” It’s the first airline in Europe to take that step.