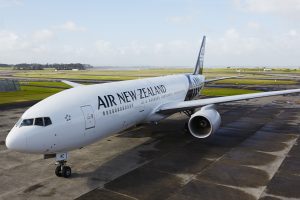 Air New Zealand is growing its Vancouver-Auckland operation by nearly 20% from January-July 2018, providing travellers with greater choice and flexibility.

During the first half of the January peak period, the airline will increase services from seven to eight flights per week, making it easier than ever for Canadians to escape the cold.

Regional general manager Americas Nick Judd says this extra capacity is a direct result of the increased demand for travel in the South Pacific region and the importance of Vancouver in the Air New Zealand network.

“This year marks 10 years since we launched our Canadian service and increasing the frequency of our non-stop service between Vancouver and Auckland means our customers will have more travel options, which is great for Canadians wanting to discover all that New Zealand and Australia have to offer.”

The route will grow nearly 20% (an extra 15,600 seats) by increasing daily services beyond peak months of December and January into the shoulder season of February, and increasing to five services a week in March and April (up from four) and four weekly services during May to mid-June (up from three).