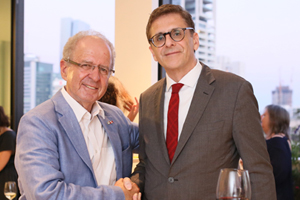 Air Transat celebrated the start of its new direct Montreal-Tel Aviv flight recently with an event held at the official residence of Canada’s ambassador to Israel.

Launching its inaugural flight on June 18, Air Transat is the first Canadian airline to offer a flight between the two metropolises, twice a week.

Also available from Toronto with a connection in Montreal, this new flight on Airbus A330-200 aircraft consisting of 332 seats will allow travellers to enjoy an unparalleled experience with Air Transat, named Best North American Leisure Airline five years in a row.

In addition, a celebration took place at the Ben Gurion Airport in Tel Aviv for the inauguration of the new flight.

It was in this festive spirit that representatives of Air Transat and Israel welcomed the flight from Canada together with the traditional ceremony of the water salute, during which fire trucks spray high arches of water over a plane.

And of note is the fact that all Economy Class passengers travelling with Air Transat to or from Tel Aviv will be allowed one piece of checked baggage of 30 kg and a carry-on of 10 kg.

In addition, to meet certain dietary preferences and restrictions, Air Transat offers all passengers the option to pre-order special meals, such as glatt kosher meals, up to 72 hours before departure.

For more, go to https://www.transat.com/en-CA/destinations/europe/israela . 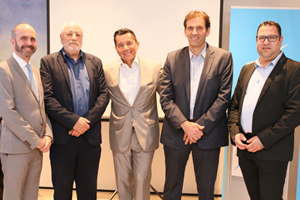 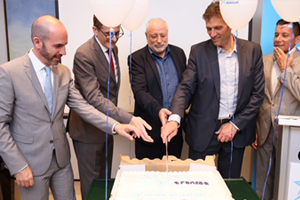