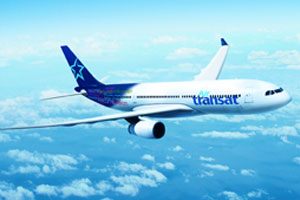 As it celebrates its 30th anniversary year, Air Transat is kicking off its summer season with an enhanced flight program to France, its most important destination in Europe.

With some 360,000 seats offered annually and an increase in capacity on all its routes to France thanks to its wide-body Airbus A330 aircraft, Air Transat has been a leader in holiday travel in the French market for nearly 30 years.

This year again, the airline offers direct flights from Montreal to seven of the ten major cities in France, including Paris (since 1988); Lyon, Nantes, Toulouse and Nice (since 1990); Marseille (since 1993); and Bordeaux (since 2006).

Since 2008, the airline has also been offering flights to Basel-Mulhouse, located at the border between France and Switzerland. Therefore, Air Transat meets, more than ever, the needs of Canadian globetrotters who wish to discover the “Hexagon.”

This summer, travellers from Montreal will have access to:

From Toronto, globetrotters will have the luxury of choosing between daily flights to Paris, five of which are direct. And, with a connection in Montreal, they can also fly to Marseille (five times a week); Lyon (four times a week); Nantes, Nice and Toulouse (twice a week); and Bordeaux (once a week).

Residents of Vancouver will have six chances a week to visit Paris, thanks to three direct flights and three flights with a connection in Toronto. And for the first time this year, they can fly to Bordeaux, Lyon, Marseille and Nice once a week, via Toronto. Travellers from Calgary will have access to four flights a week to Paris thanks to connecting flights.

Air Transat also offers a multi-destination flight option, making it possible to land in one city and return from another, at no extra cost – another way to broaden the horizons of travellers by giving them the opportunity to discover several destinations in one trip.

A cultural holiday to France can therefore begin with a stay in Provence by landing in Marseille, and end with a getaway to Paris.

For more, go to http://www.airtransat.com .