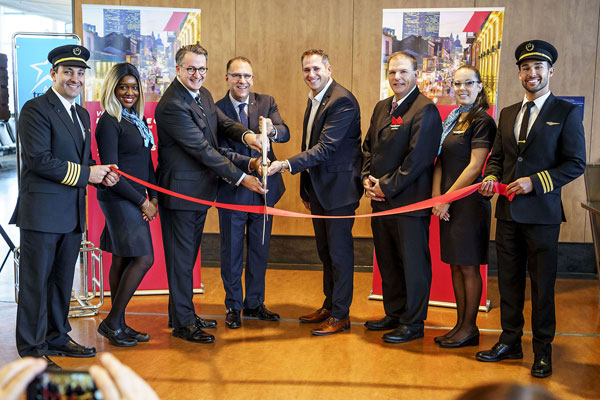 Lemay observed: “We’re thrilled by our arrival in the Louisiana market and, especially, to be the only airline that provides Quebec travellers with easy access to a city we feel a kinship with, given its French heritage. We’re also giving our passengers another great vacation option by adding a city famous for its nightlife, music and cuisine.” 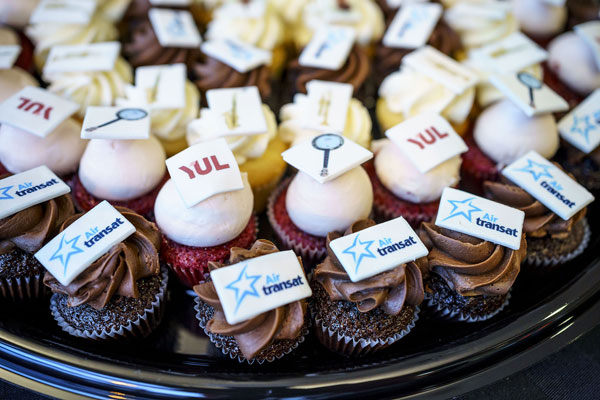 Lapierre said: “We’re delighted to welcome this first-ever direct link to New Orleans from Montreal. With this new route, YUL is again increasing the choice of destinations leaving from Montreal and, thanks to our partner Air Transat, travellers will have the opportunity to discover a vibrant destination famous for its exceptional music.”

In New Orleans, Kevin Dolliole, director of aviation for Louis Armstrong New Orleans International Airport, was on hand to welcome the passengers on the first flight in the company of Betsy Barnes, director of public affairs, Office of Louisiana Lieutenant Governor Billy Nungesser, Walt Leger, senior vice president of strategic affairs and general counsel, New Orleans & Company and Michael Hecht, president & CEO, GNO, Inc. The travellers from Montreal, accompanied by Jean-François Lemay and Joseph Adamo, were delighted to land in Louisiana. There were also festivities to mark the first flight from New Orleans to Montreal, set for the same day.

“We’re thrilled to welcome Air Transat as our newest international airline to MSY,” said Kevin Dolliole. “We’re also excited about the timing of this inaugural fight as we prepare to open the new MSY Terminal on Nov. 6. The new MSY will create a much greater experience for Montreal visitors and a much more efficient home for Air Transat, incorporating new technologies and state-of-the-art amenities.”