Air Transat Looks Ahead To Winter

Air Transat has unveiled with its winter 2019-2020 program for Sun destinations in South and Central America, Mexico, Florida, the Caribbean and Europe.

In Ontario, the addition of new Airbus A321neoLRs to its fleet will allow the carrier greater flexibility to offer a broader choice of destinations to travellers. Transat will offer 36 destinations in the South and Europe from Toronto. The most scenic beaches in the South will be accessible to passengers flying out of Ottawa, London and Hamilton as well.

Toronto-area travellers have a choice of between 25 favourite Sun destinations in 10 different countries. From London, Ont., Air Transat will add a new direct flight to Puerto Plata, Dominican Republic. And from Hamilton, there will be a new direct flight to Santa Clara, Cuba, as well as a second weekly direct fight to Punta Cana, Dominican Republic.

Air Transat is the only airline offering a direct flight from Toronto to Faro, in the Algarve, during the winter (one flight a week).

From the Maritimes, Transat will offer direct service to 10 South destinations out of Halifax, and to four departing from Moncton, from Feb. 15 to April 30, 2020.

Out of Quebec, Transat is offering an enhanced Sun program for winter 2019-2020, including the southern United States, Mexico, the Caribbean, Central America and South America, and Europe. The lineup includes a new destination, New Orleans, available as of November with twice-weekly direct service.

The company will feature a total of 42 South and Europe destinations out of Montreal, and 13 out of Quebec City.

On the Europe front, the carrier will serve Spain’s Costa del Sol year-round, with direct service to Malaga from Montreal (two flights a week), and will also fly to Madrid starting in December (two direct flights weekly).

And, from the west, the South will be accessible to passengers flying out of Calgary, Victoria, Edmonton and Winnipeg.

From Vancouver, several of Canadians’ favourite European Sun destinations – such as Faro and Lisbon in Portugal and Madrid, Barcelona (pictured below) and Malaga in Spain – will be readily accessible via Montreal and Toronto. 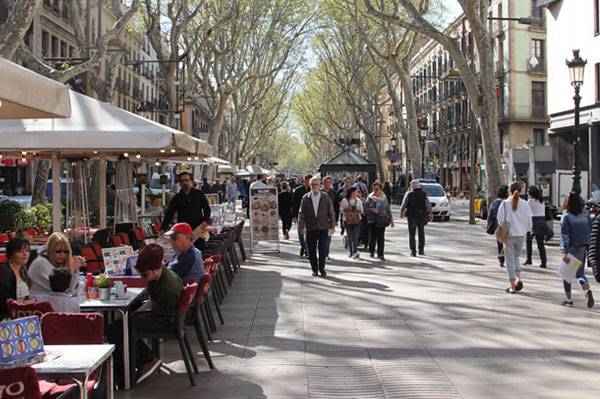