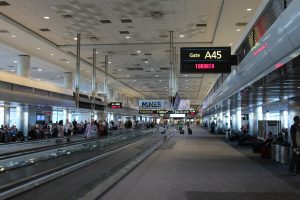 With a severe winter storm warning issued for much of Atlantic Canada and parts of the eastern United States, airlines – including Air Canada, WestJet and Porter – are warning travellers of possible delayed or cancelled flights.

Travellers flying to the east coast are advised to check their flight status before arriving at the airport.

Air Canada, WestJet and Porter have all issued travel advisories for Newfoundland, Nova Scotia, Prince Edward Island and New Brunswick, as well as some US destinations, including Boston and New York.

Change fees have also been waived for those wishing to re-book flights.

Dozens of flights have already been cancelled at Halifax Stanfield International Airport.

The same weather system forced Delta to suspend operations at Georgia’s Savannah/Hilton Head International Airport due to snow and ice accumulation on runways and taxiways.