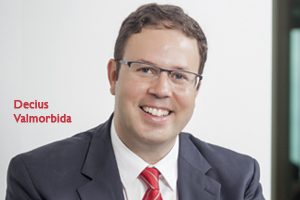 Amadeus has named Decius Valmorbida as its new senior vice-president, travel channels – effective immediately – and he will also become a member of the company’s executive committee.

Valmorbida, previously vice-president EMEA for travel channels, replaces Laurens Leurink, who joined Amadeus in 2016, but will now leave the company after a handover period.

Valmorbida is a 13-year veteran of Amadeus, which he joined as an operational director in Brazil. He subsequently became vice-president for Latin America in 2009, and oversaw a period of growth in both the distribution and IT businesses in the region.

In 2013, Valmorbida moved to Madrid serving in the global role of vice-president distribution marketing, in which position he has managed both commercial and marketing strategy for the business unit, which has grown strongly during a challenging period.

He was appointed VP EMEA earlier in 2017.