Home › Airlines › An Urgent Call From IATA To Reopen Borders

An Urgent Call From IATA To Reopen Borders

IATA is urgently calling on governments to work together to find ways to re-establish global connectivity by re-opening borders and to continue with relief measures to sustain airlines during the COVID-19 crisis.

This was “somewhat better” than the 86.6% year-over-year decline recorded in June, primarily driven by domestic markets, most notably Russia and China. Market reopening in the Schengen Area helped to boost international demand in Europe, but other international markets showed little change from June. Capacity was 70.1% below 2019 levels and load factor sagged to a record low for July, at 57.9%.

And it notes that this was evident in a disappointing “peak (Northern Hemisphere) summer travel season” that saw minimal improvements compared to the May-June period, as four in five potential travelers stayed home, based on comparisons with the year-ago period.

Alexandre de Juniac, IATA’s director general and CEO, said that: “Protecting their citizens must be the top priority of governments. But too many governments are fighting a global pandemic in isolation with a view that closing borders is the only solution. It’s time for governments to work together to implement measures that will enable economic and social life to resume, while controlling the spread of the virus.”

IATA is calling on governments to “grasp the seriousness” of the crisis facing the airline industry and its consequences for their citizens; and it is urging governments to focus their attention on these key issues:

And de Juniac points out that: “Airlines have been largely grounded for a half-year. And the situation is not improving. In fact, in many cases it is going in the wrong direction. We see governments replacing border closures with quarantine for air travelers. Neither will restore travel or jobs. Worse, governments are changing the entry requirements with little notice to travelers or coordination with their trading partners. This uncertainty destroys demand. Ten percent of the global economy is sustained by travel and tourism; governments need to do better to re-start it.”

The prerequisite to open borders is the ICAO Take-off guidance. Additionally, IATA is proposing travel bubbles to mitigate risks between specific markets and foresees a much wider and strategic use of COVID-19 testing as technology improves accuracy, speed and scalability.

“No government wants to import COVID-19. Equally, no government should want to see the economic hardships and associated health impacts of mass unemployment. Successfully getting through this crisis requires careful risk-management with effective measures. If government policies focus on enabling a safe re-start, aviation is well-prepared to deliver. Risk-management is a well-developed discipline that airlines rely on to keep travel safe and secure,” said de Juniac.

IATA is proposing a three-point action plan for governments to safely re-open borders as follows:

And he pointed out that: “As a participant in the ICAO CART, IATA will work with governments, medical experts and testing manufacturers to accelerate proposals specifically focused on using COVID-19 testing to re-build confidence, re-open borders, re-start aviation, re-charge demand and restore jobs. There is much at stake and no time to lose.” 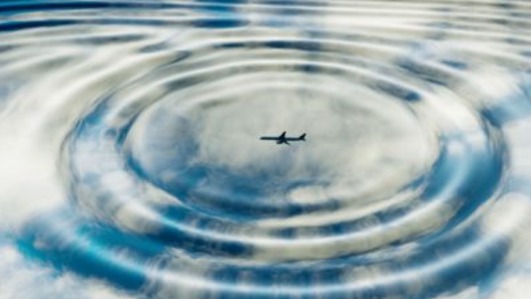 With the exception of some domestic markets there is little evidence of an early industry recovery. Airlines continue to lose billions of dollars and are facing difficult decisions to resize their operations and workforce for the future.

“Many airlines will not have the financial means to survive an indefinite shutdown that, for many, already exceeds a half-year. In these extraordinary times, governments will need to continue with financial and other relief measures to the greatest extent possible. It’s a solid investment in the recovery because each airline job saved supports 24 in the broader economy. And a functioning airline industry will be a critical enabler for economies to regain their full power,” said de Juniac.

IATA points out that many governments, including China, Brazil, Mexico, Singapore, Australia and New Zealand have granted waivers for the winter 2020 season (October 2020-March 2021) recognizing the severe constraints on planning schedules during this period of extreme disruption.

Unfortunately, the European Commission (EC), which many governments look to for leadership on air transport policies, is under-estimating the severity of the crisis and dragging its feet:

Said de Juniac: “The European Commission’s delay in granting a full-season waiver of the 80-20 slot rule for the Northern Hemisphere winter season is bad for everyone. Airlines and airports will scramble while consumer uncertainty will only increase. As the Commission returns from its summer activities, granting a full-season waiver should be at the top of the aviation priority list.”

IATA’s boss said that: “Governments have cooperated to set the guidelines for a safe re-start of aviation. But they have not cooperated to actually make a re-start happen. That’s why 90% of international flying has stopped. The demand is there. When borders open without quarantine, people fly. But there is too much uncertainty in how governments are managing the situation for passengers to re-build the confidence to travel.”

And de Juniac said that: “What is killing aviation is the fact that governments are not managing the risks of opening borders. Instead, they are keeping global mobility effectively in lockdown. And if this continues, the damage to global connectivity could become irreparable which will generate its own severe consequences for economies and public health.”

He concluded that: “The global protocols for safely re-starting aviation are agreed and no industry is as experienced in successfully implementing global safety programs as aviation. But we need governments to take on the leadership to manage risks and adopt a mindset of not being defeated by this virus. Then, with testing, technology, science and determination we can re-open borders and get the world moving again.”