Home › Airlines › Are You Being Served?

Are You Being Served? 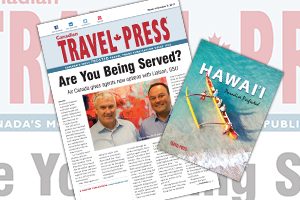 The self-service platform was launched earlier this year and is presently being used by over 100 agencies, and company officials are confident that its use by the agency community will continue to grow.

In an exclusive interview, Air Canada’s senior director, sales for Canada, Virgilio Russi told Canadian Travel Press that “we’ve found that for smaller agencies they get better and faster support from us if they are in a self-servicing environment.”

And while agents can still get in touch with someone to assist them, Russi noted that “there are a lot of different things that we can do [for agents] from an automated platform that [gives them] immediate access [to what they need].”

Accessed through aircanda.com/agents, Russi said that agents using AC Liaison “can look at their revenue. They can understand how they’re doing on the incentive program. They can get updates on our product [and] on our routes – so everything that is related to Air Canada.”

Surprisingly, though, while AC Liaison was originally designed specifically as a self-service tool for smaller agencies, Russi told CTP that already “there are some larger agencies that actually like it as well and are using it because the information is out there.”

According to Russi, now that Liaison is fully implemented – with both English and French versions in place – “we really want to increase the awareness of [AC Liaison], especially with agents that are not necessarily IATA agencies so they can be part of it.”

For the full story check out this week’s issue of Canadian Travel Press.