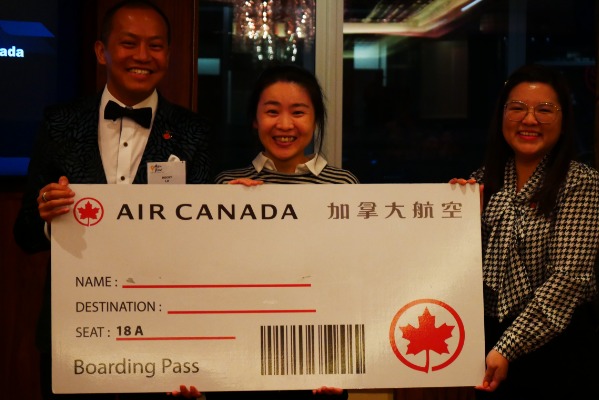 Reps from four countries in Asia recently assembled as part of the Asia Now collective to highlight unique tourism qualities and attractions, at a special dinner event in Vancouver.

Asia Now invited travel retailers and tour operators to meet at the Shangri-la Hotel in downtown Vancouver to meet with tourism reps from Taiwan, Philippines, Singapore and Korea.

All expressed relief and gratitude that the pandemic was a decreasing health threat, and that borders were now opening for tourism. And they touted the attractions that are now coming back to life.

For instance, one aspect of Korean tourism that is now drawing attention is the “newtro” concept, whereby traditional elements of Korean culture are applied to contemporary attractions. Architecture is an example of this, in which traditional “hanok” architecture is blended with cutting edge building designs. Ikseon-dong is a showcase attraction of the newtro aesthetic.

James Chi, marketing specialist for the Taiwan Tourism Bureau in Vancouver, advised guests of the sights they should see on a short, one-day visit. These include the Taipei 101 skyscraper, Taoyuan Daxi Old Street and the Ximending downtown district.

A month-long visit, on the other hand, opens the door to more distant destinations on the island, including Talampo Mt. in eastern Taiwan, Longteng Broken Bridge in central Taiwan and the Chihkan Tower in southern Taiwan.

Food lovers generally fall in love with Singapore, which acts as a crossroads for cuisines that have origins in Malaysia, Indonesia, India, Thailand and China. Visitors who come to Singapore in late August/early September can make the most of the dining opportunities there, by attending the Singapore Food Festival. It offers tours of popular food districts and markets, virtual master classes, workshops and a new festival village.

The Marina Bay district is the centre of action on the last days of the month of September, with the running of the Formula One night race on the street circuit around the bay, Sept. 30 to Oct. 2. And while in the area, visitors can check out Avatar: The Experience @ Gardens By The Bay, which transforms the Cloud Forest there into the alien world of Pandora.

Air Canada was a key sponsor of the Asia Now dinner event, and agents welcomed news of the airline’s services to Asia, including a new flight to Bangkok from Vancouver that will start on Dec. 1 and run until April 17.

It will be the only direct non-stop flight to Thailand from North America, and will operate four days per week, using a Boeing 787-900 Dreamliner aircraft. Other Asia Pacific routes by AC include YVR-HKG, YVR-NRT, YYZ-NRT and YUL-NRT.

Guests were pleased to be entered in a draw for Air Canada flight tickets to any of the four countries within the Asia Now collective – either by the airline itself or one of its interline partners. Travel advisor Lydia Guo of Goway Travel in Vancouver, an Asia destination specialist, was the winner of this grand prize.

Travel advisor Lydia Guo of Goway Travel in Vancouver (centre) was the happy winner of flight tickets to any of the four countries that are part of Asia Now. She was flanked by Rocky Lo, the Air Canada senior director of Asia revenue management & sales; and Maria Lu, manager of Asia specialty sales for Air Canada.