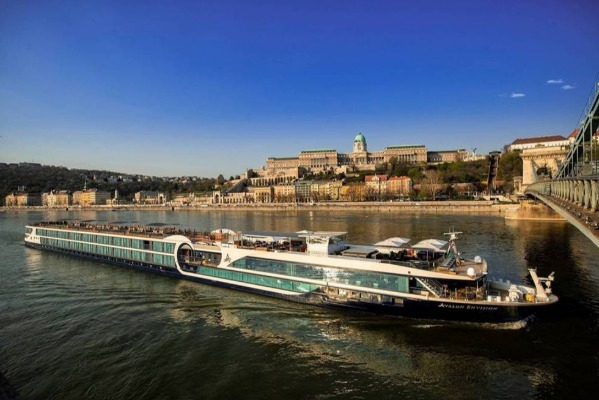 From rolling hillside vineyards to wine-producing towns oozing with charm, and sky-high fortresses to the Black Forest’s evergreen canopy, the Danube River shapes a picturesque passage across Europe.

The famed “Blue Danube” is also home to the Wachau Valley (a UNESCO World Heritage Site), known for some of the best – and most photogenic – hiking and biking trails across the globe.

On your journey along the Danube River, get ready to witness – and forever carve in your memory – some of the most incredible, awe-inspiring views in the world. In addition to Budapest’s dramatic architecture and Vienna’s grandeur, some of Avalon’s favourite highlights – and surprises – include:

Untouched Regensburg: Just outside Germany’s Black Forest lies the perfectly preserved medieval town of Regensburg: a hidden destination that boasts ancient treasures and an historic market square that invites travellers into a Christmas dream during the holidays.

The Schlögener Schlinge: Cruisers needn’t worry about the pronunciation of this dramatic river point, considered a natural wonder of Austria – when laying eyes on this breathtaking loop, travellers are left speechless.

Bustling Bratislava: Don’t let the baroque palaces and Renaissance remembrances of this ancient city fool you. The capital of Slovakia’s pedestrian-only old town has one of Europe’s most youthful vibes.

Brewtiful Bamberg: Nicknamed “The Rome of Germany,” the historic, cobblestoned town of Bamberg built on seven scenic hills remains devoid of modern architecture – and full of its signature smoked beer.

Gorge-ous Iron Gates: A beautiful gorge that forms the boundary between Serbia and Romania, the Iron Gates present a photo-worthy landscape nestled between two national parks.

There’s not just more to see on an Avalon river cruise down the Danube River, there’s more to do as well. With a daily selection of “Classic,” “Active,” and “Discovery” excursions included in the price of their cruise, travellers can truly delve into each destination and customize their journey. Some of Avalon’s favourite “must dos” on the Danube include:

Sashay, sauté! Join a foodie walking tour or a cooking class in Budapest and Vienna to taste (or make!) local specialties like Weiner schnitzel and Sachertorte.

Sink your teeth into history: Drink in the scenery while hiking to the stunning Visegrád Castle where Count Dracula of Romania was imprisoned in the 15th century.

Paddle or pedal: Grab a paddle or a pair of handlebars and canoe or bike through the Wachau Valley, considered the most romantic stretch along the Danube.

Don’t clam up!: Put your best foot forward when meeting the current Count of Clam in his majestic and medieval home, Burg Clam, a castle inhabited by the Clam family for over 500 years.

“Along this legendary Danube River, Avalon Waterways has created a boatful of extraordinary, ‘no one does it like this’ river cruise vacations that take travellers beyond the river Danube’s beautiful views to delve into breathtaking stories, personalized experiences and untethered exploration,” said Pam Hoffee, managing director of Avalon Waterways. “These are journeys that will forever shape the way travellers choose to see and experience the world.”

Book by March 9 and extend select Danube vacations in Budapest, Prague, Vienna or Munich for free (up to a $902 value).