Home › Destinations › Back To Its Roots

Back To Its Roots 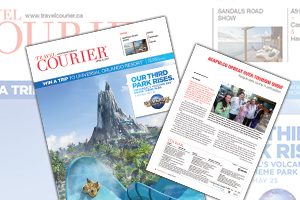 Mexican tourism show Tianguis returned to its sun-soaked Acapulco roots at the end of March, with tourism officials in Mexico’s oldest tourism resort destination hoping that hosting the event will help enable Acapulco to work its way back into international travel patterns in a major way, reports Ian Stalker in this week’s digital edition of Travel Courier.

The 42nd edition of the March 27-31 show saw a jump in participation from both domestic and foreign participants, leaving locals hopeful that Acapulco is getting a second look from the tourist trade.

Tianguis used to be held in Acapulco annually, but Mexican tourism authorities decided several years ago that the Pacific city would only hold it every second year, which many in Acapulco saw as a blow to a city that has struggled to attract foreigners in recent years. Only about 10% of Acapulco tourists are now non-Mexican.

One reason some suggest Acapulco has lost market share is that the city has seen drug-related violence that drew international attention, leaving some tourists concerned about security.

Radilla said those concerns are “a perception more than reality,” insisting that no foreign visitor to Acapulco has been harmed by drug gangs, whose violence is generally directed toward each other.