Home › News › EXCLUSIVE: The Wait Is Almost Over

EXCLUSIVE: The Wait Is Almost Over 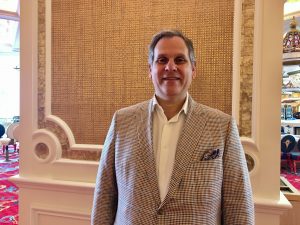 The Caribbean Travel Marketplace kicked off yesterday (Jan. 31) in Nassau, Bahamas with an exclusive hard hat site inspection tour of Baha Mar for the travel trade.

According to Graeme Davis, president of Chow Tai Fook Enterprises Limited, which is in the process of closing on the property, the long-awaited development is expected to open some 100 plus rooms along with the convention centre on April 21.

“We’ve made commitments to the islands of the Bahamas, to the government and to the bank that we would open the project even before we close,” Davis told PressToday. “We will be opening the project on April 21 and it will be in a phase manner. Our flagship property is going to be run by Grand Hyatt.”

Davis says reservations will be available closer to the anticipated opening date.

“We’re going to open thoughtfully. In the past you’ve probably written stories about how people were turned away, cancellations, our approach is we need to make sure we start right, that we’re thoughtful and that we create an exceptional experience when that first guest walks into the door,” he says. “We want to make sure that we understand how many reservations to take. We will be taking reservations before we open, it’s a matter of how many.” 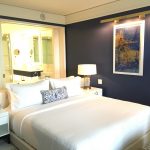